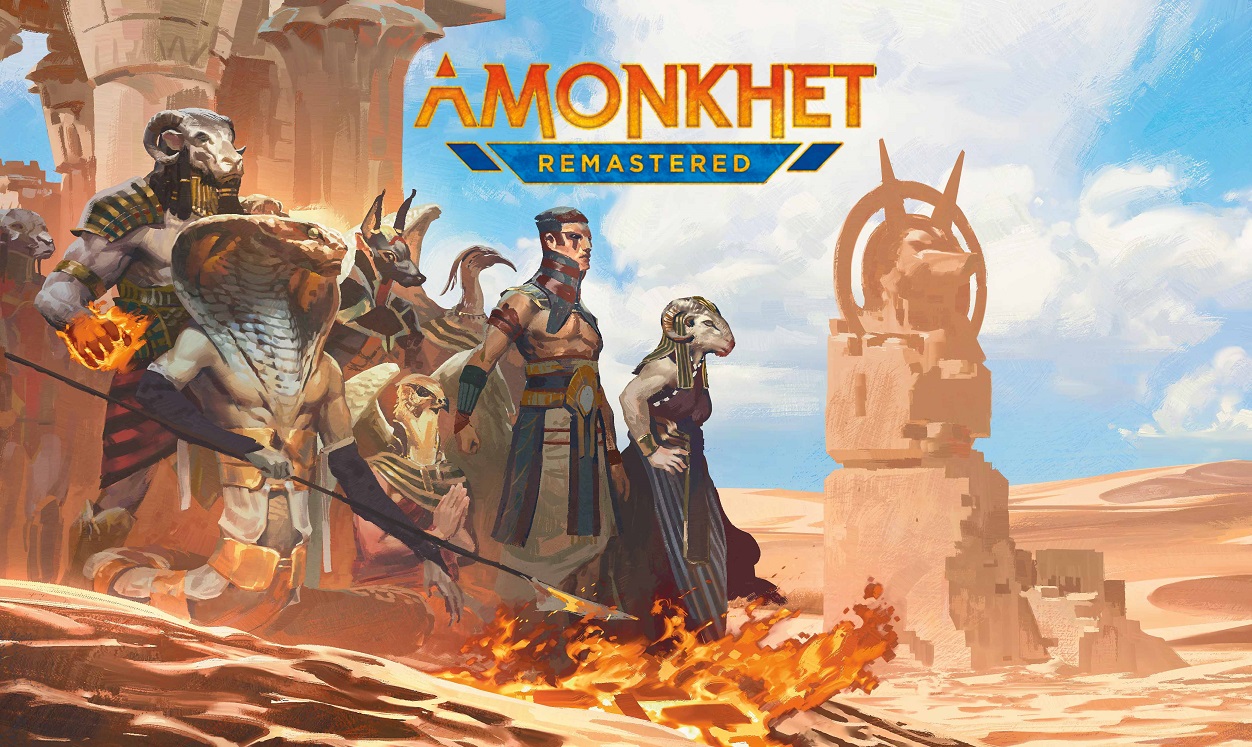 Amonkhet Remastered is coming to MTG Arena. So today we’re sharing all information about this set, like:

What is Amonkhet Remastered?

Amonkhet Remastered is a special MTG set, released only on Arena. It doesn’t contain any brand new Magic cards, however most of the cards are new to the Arena client.

Wizards want to get older sets on Arena too. They stated that they want to support Pioneer eventually. This is a format that contains cards from Return to Ravnica forward.

Amonkhet Remastered is the first step towards that goal. It brings the two youngest sets that aren’t on Arena yet – Amonkhet and Hour of Devastation. Not all of the cards from this two set are included though. Both sets are combined into a larger one, but some cards had to go.

The missing cards are mostly cards that have similar effects in both sets (in addition to some fringe cards). Nevertheless, there are also some rares and mythics missing. Most notable omissions include:

But fear not, the most powerful cards are still included. (Except Adorned Pouncer, what a shame.) In fact, there are actually some cards here that were neither in Amonkhet nor in Hour of Devastation.

14 additional cards appear in Amonkhet Remastered. Why are they here? Probably to make this set more exciting and to provide a fresh breath to Historic format, as they are very powerful cards, from sideboard stuff like Rest in Peace to key cards like Thoughtseize, Collected Company and Wrath of God.

So where can you find all of these cards?

You can find full Amonkhet card list here. That includes the additional cards.

Finally, and we can’t stress this enough – this cards aren’t legal in Standard. If you are a Standard only player, don’t invest too much Gold or Gems into this product.

Amonkhet Remastered releases on August 13, 2020, according to the July’s State of the Game. The expected time is 10 AM PT (19:00 CET). However, it could be up to two hours early, as Draft releases vary from time to time.

You can see what time this is in your time zone with the following countdown timer.

Both Sealed and Draft Amonkhet Remastered events will be available on Arena. They will probably have the same entry fee and rewards as regular set.

If you’ll be drafting on Arena, you shouldn’t miss our Amonkhet Remastered Draft Guide.

Anyways that’s all about Amonkhet Remastered so far. The set looks pretty exciting. Which cards are you most looking forward to casting? Tell us in the comments below.

Until next time, have fun and may you open just the card you need in your next Amonkhet Remastered booster pack.