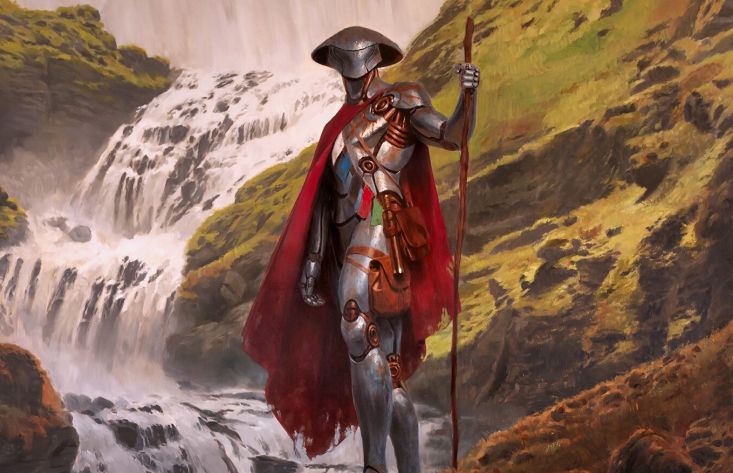 Arena Cube Draft is finally available! Today we’re talking about how you can win your next Cube draft.

First, we’ll take a look at event information and which cards are in the Arena Cube. Then we share some general tips about drafting the Arena Cube. Finally, we examine the archetypes and what they’re trying to do.

So let’s see how to draft the Arena Cube!

Your first Arena Cube Draft will be free. That’s right – you can dive right into drafting the set, even if you have no Gems or Gold on your account. Each next entry will cost you either 4,000 Gold or 600 Gems.

The event is phantom, which means that drafted cards aren’t added to your collection. Cube is filled with a bunch of mythics and rares, so the entry fee would need to be significantly higher otherwise.

You’ll be drafting against other players and not against bots. So pay attention to the draft, as it will be timed.

You can take a look at the whole Cube list here, or here for better transparency. On the second link you can also do test drafts. You can use some of the following tips, while doing so.

When you’re just starting with Cube drafting, you can quickly fall into a trap of picking the best cards. You end up with a pile of good stuff. This can might be a fine strategy, especially now, when the Arena card pool isn’t that big. However, it’s not the optimal one.

What you want to do is to draft a deck with a plan. While in usual draft format you’re drafting a midrange deck most of the time, in Cube you want to draft a specific deck. An aggro deck, a ramp deck, a control deck,…

Imagine a Standard deck, like mono red aggro. When you’re drafting aggressive decks in cube, you want to get something like that – low curve, no 6+ drops and plenty of cheap creatures.

Another mistake players make in Cube is not picking lands highly enough. It’s an easy mistake to make, as almost every card in the pack is more powerful than a random dual land.

However, you need to think about this in a different way. Let’s say every card has a power level grade on a scale from 0-100 (with 100 being the best). Here’s how a power level of different cards in your deck would look like in the Cube.

All cards in the Cube are pretty powerful, which means even the cards you don’t end up playing get a grade of 75. So what happens when you pick a non-basic land with a grade of 30 over a middle powerful card with a grade of 85?

So basically, even though non-basic land is weaker in a vacuum, it’s replacing a significantly worse card in your deck and therefore making your deck better.

The most important lands cycles in the Arena Cube are the following:

There are also plenty of other lands that have varying degrees of power level.

Most of the decks in the Arena Cube Draft will be creature-based. The closest to a deck without creatures will probably be certain control decks. However, even those will play planeswalkers or enchantments, which you’ll want to remove.

That’s why it’s very important to play versatile removal spells, that deal with different permanents. Here are some examples:

Enchantment removal is more powerful in Cube than in a regular draft, as there are plenty of powerful enchantments like Ethereal Absolution or In Bolas’s Clutches. Of course, that doesn’t means you want to play cards that only destroy enchantments, but something like Gemrazer does go up in value.

This time around we’re doing the archetype breakdown a bit differently. Instead of going through each color pair, we’ll take a look at each archetype, based on the game plan. We’ll mention which colors are most likely to support that archetype.

Ramp decks will almost always be base green, as it has the most ramp cards. Blue-green has the most synergies, but you can easily splash a third color.

The main idea is to use cards that either give you mana by themselves (Llanowar Elves) or cards that actually get you additional lands (Grow from the Ashes). Then you can play your expensive cards ahead of the curve.

Even just getting a six drop like The Immortal Sun two turns earlier can be great, but you really want a big payoff. There really aren’t that many of those, so pick them highly. The best ones seem to be:

You can also play something like Helm of the Host, if your deck can produce enough mana and you have powerful creatures to copy.

This deck can also become a 5-color, deck which is our next archetype.

To end up in this archetype you want one or both payoff cards – Golos, Tireless Pilgrim and Niv-Mizzet Reborn.

Niv-Mizzet has more restrictions – not only do you actually need all five colors to cast it, you also need a nice mix of multicolored cards in your deck. That’s on top of all the fixing you already need. However, if you can pull it off, the deck will be both powerful and fun.

Golos is easier. You just build a base green deck with enough fixing, and/or you draft every dual land you can get your hands on. Even if you’re missing a color, Golos can search for it.

You want to pay a fair amount of good stuff cards too. They should be pretty easy to get, since you can just pick the most powerful card from every pack, once you get your dual lands. Then you can take advantage of those bombs by using Golos’ ability or just hard casting them.

5-color decks seem like a ton of fun in the Arena Cube Draft, until you get paired against a tempo deck.

Tempo decks get early pressure on, then back it up by cheap and efficient spells, even at the cost of card disadvantage.

The clearest representation of this archetype in this cube is certainly blue-white. Both colors have plenty of cheap creatures like:

So you get those out early and then use some of the following cards to get card advantage train going:

Card like Spell Pierce make sure that you won’t get blown out. You get blockers out of the way with white enchantments (Banishing Light) or blue bounce spells (Blink of an Eye).

The deck wants to have a lower curve, and therefore play less lands, something like 15 should be alright. That is also a thing to keep in mind – 17 lands is not the rule anymore, as can be confirmed by another archetype – aggro.

Aggro decks can be built in most colors, but the most obviously aggressive colors are certainly white and red. It comes to no surprise that red-white is the most aggressive deck in the format, which will keep a clock on all the decks that just want to durdle around and play five colors and whatnot.

You’ll want tons of one and two drops, so prioritize those over anything but the most powerful cards. Don’t forget to pick up some burn spells like Lightning Strike and Skewer the Critics, which will help you both remove early blockers or deal final points of damage.

As you pair red or white with different colors, you’ll get different flavors of aggro deck. One particularly interesting one is the sacrifice deck.

As we’ve come to expect, red-black is the sacrifice deck. The deck will start aggressively so pick up those cheap creatures. You want cards like Grim Initiate or Gutterbones, which can be sacrificed multiple times.

You’ll also need sacrifice outlets, here are some repeatable ones:

Cards that trigger when creature dies (like Midnight Reaper) also shine in this archetype. Besides that you also want some number of cards like Act of Treason. You steal their best creature, smack them with it and then sacrifice it for value. Just by skimming through the card list we found four of them:

These cards are all great in this shell, however they might be a bit less useful against the pure control decks.

Control decks are in the Esper colors, so black, white and blue. You can combine any two of those colors to get a different kind of control deck. Sometimes you’ll just splash a third one to get access to the most powerful control tools.

White also doesn’t lack in mass removal (Settle the Wreckage, Shatter the Sky) and it has some nice catch-all enchantments like Banishing Light.

You can try and draft a deck without creatures, which blanks all creature removal cards in your opponent’s deck. When they draw them, those cards will be essentially blanks. You still need win conditions, though. You can use Ashiok, Dream Render, which will mill your opponent very quickly.

Reanimator is a popular theme in bigger Cube formats. For those unfamiliar with the term – this strategy wants to get big creatures into the graveyard then use effects like Reanimate to get them back. How supported is reanimator in the Arena Cube?

Well, while the actual card Reanimate isn’t in the Cube, we have the following cards:

Next we need to get big creatures into the graveyard. You can mill yourself, there are plenty of cards that do that (Stitcher’s Supplier, Jadelight Ranger, Relentless Pursuit, etc.)

Harder to get are cards, that discard cards from your hand (in case you draw your reanimator target). The best one is Fauna Shaman, but something like Cathartic Reunion can also work in a pinch.

Next problem with this archetype is that there aren’t that many creatures we want to reanimate – there is nothing like Griselbrand. The closest we get is probably Ulamog, the Ceaseless Hunger. While you won’t get its cast effect, it’ll still win the game in max two attacks.

All in all, the reanimator archetype won’t be a successful all-in deck. You’ll mostly have a midrange deck in green and black, that will have multiple different graveyard synergies. Every now and them you’ll get to reanimate Ulamog, while other time you’ll just win with a Tendershoot Dryad.

This bring us to the final archetype – noncreature spells.

It’s best that you focus on instants and sorceries, which work with both types. Then you only need some payoff cards, like the ones mentioned above. Of course, the best one is certainly Niv-Mizzet, Parun, which is just bonkers in a deck like this.

All of those archetypes are just some possibilities in the Arena Cube. You can surely draft other sweet decks and uncover new synergies between cards. Most of them were never in the same draft format. This Cube looks like it’s going to be a fun one!

Anyways, that’s all about drafting MTGA Cube! If you have any questions or tips of your own, you’re welcome to share them in the comments bellow.

Don’t want to miss another strategy guide? Give us a follow on Facebook or Instagram. We post alerts for new articles, spoiler cards, MTG memes and Arena codes. Speaking of which, you can find all currently available MTGA codes here.

Until next time, have fun and may you reach seven wins in the Cube Draft!