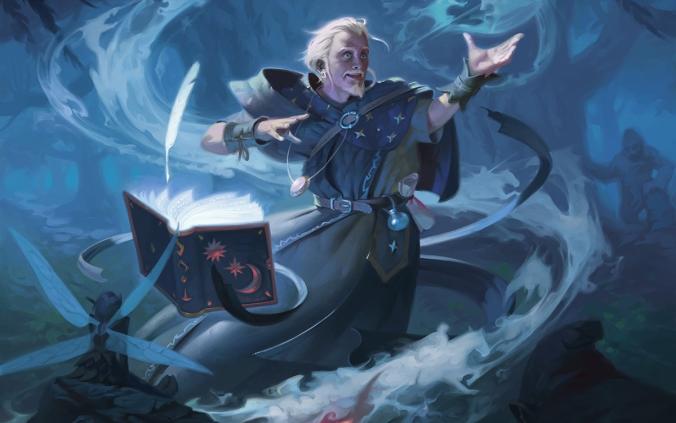 This Chulane Brawl deck is totally broken. It’s probably one of the best decklists we built for Brawl. Today we’ll take a look at the deck and discuss some card choices. Without further ado, let’s get right to it.

You can easily export the decklist to MTG Arena by clicking the button in top right corner.

What we want to do is to start a Chulane chain going. Cast creatures, draw cards, play lands, cast more creature, etc. How should we do that?

The best way to do so is to have lots of creatures and lots of mana. Once you have these two things covered you just need a finisher and that’s it. Of course having some good cards to round out the deck won’t hurt.

Since we want both creatures and extra mana, we’ll just take both in one. Creatures that help us cast spells earlier represent a quarter of our Chulane Brawl decklist.

We have 9 creatures that actually gives us mana by themselves – like Paradise Druid. Those creatures are so good in this deck that we’re even playing Woodland Mystic, which can only be found in the Welcome Decks for beginners. (You can still craft it on Arena.) Another great mana creature is Faeburrow Elder, which often provides three mana.

There are 6 more creatures that help us with mana, although they don’t provide it themselves:

Nylea is surprisingly powerful once we start going off with Chulane. Her cost reduction really does add up.

Sadly, your main plan sometimes doesn’t pan out as your opponent kills Chulane. You have to have a plan B prepared. If you have cards with similar effect as your Commander, your second plan doesn’t have to be very different.

That’s why we have two more cards that allow us to draw cards when we play creatures – The Great Henge and Beast Whisperer. Of course they aren’t as powerful, but they can work in a pinch.

As if Chulane wouldn’t be powerful enough with just the first line of text, there’s more. For three mana you can return any creature you control to your hand.

You can use it simply to bounce a random creature and start the Chulane chain going. Since you can use it on any creature, you can return Chulane to save him from removal spell. This will save you the Commander tax.

But the best uses come from using some powerful enter the battlefield effects. Our favorite is definitely Frilled Mystic. You can put your opponent under a soft lock and counter one spell per two turns. Pretty sweet, isn’t it?

Cards like Brazen Borrower and Agent of Treachery will also work nicely.

We have three main ways of winning the game. Let’s take a look to see which path is your favorite.

Sometimes your Chulane goes off, you draw a ton of cards have more than twice as many lands as your opponent. They see how hopeless their situation is and they concede. If that doesn’t work you go for a second option.

You play Finale of Devastation with X=10. Doesn’t matter which creature you search for,you’ll win the game. Usually you’ll go for the big pigs – End-Raze Forerunners to completely destroy your opponent with a trampling army.

The cool thing is that you can get Forerunners for X=8. You won’t get the bonus for Finale, however it should still be enough to finish the game most of the time.

Sometimes you’ll draw most of your deck with Chulane. Once your devotion is higher than the number of cards in your deck, you cast Thassa’s Oracle and you win the game. It doesn’t come up too often, but when it does it’s a pretty neat option to have.

Chulane Brawl deck includes three colors, therefore it has many good cards. Since we only have room for sixty cards, we can’t play all of them. Here are some cards that aren’t in our decklist, but might work for you:

Do you have your own cool decklist for Chulane, Teller of Tales? Share it in the comments bellow.

We don’t mean the card Tale’s End, just that Chulane is Teller of Tales, and since this is the last paragraph… Well, you get it. If you want to get a Chulane paper deck – different from the one we have, you can buy one on Amazon.

Anyways if you want more Brawl decklist, you can try one of these:

Until next time, may you go off with Chulane in every game you play.