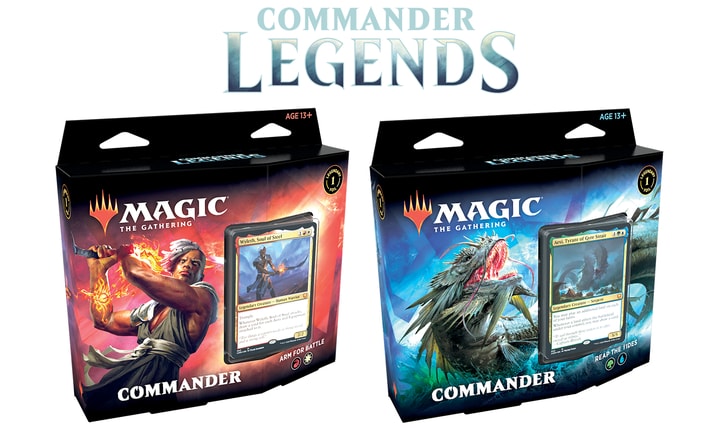 Commander Legends brings two Commander decks as well. Take a look at both decks, new cards and their decklists.

Both decks feature 100 cards, so you’ll get a ready to play Commander deck. Each deck has three new cards and a bunch of cool reprints. Decks have a slightly lower power level than regular Commander decks, but they do have a lower price as well.

Anyways, let’s take a look at the Commander Legends Decklists.

If you want to make the deck stronger, you can find some nice ideas in our Arm for Battle Upgrade Guide

If you want to make the deck stronger, you can find some nice ideas in our Reap the Tides Upgrade Guide.

If you’re looking for more Commander Legends, you should check the following articles:

Let us know what you think about Commander Legends Decks in the comments below.