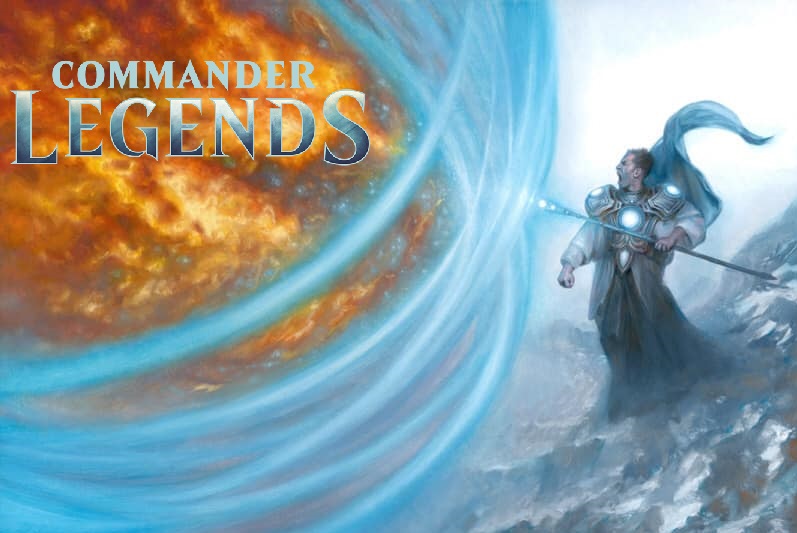 Each year Wizards of the Coast release an innovation MTG product. It does something that no other product has done before. Innovation product for 2020 is Commander Legends, set that combines Commander with Draft.

In this article we’ll discuss all available information about this set, including Commander Legends spoilers, leaks, teasers and more. Let’s get to it!

Don’t forget to tell us which cards are your favorite in the comments below.

The Commander Legends booster box contains 24 Packs of 20-card boosters, so you’re getting 480 cards total. You can already preorder the box on Amazon.

So you’ll get at least one rare or mythic rare card, but you can even get four if you’re very lucky.

Finally, we have to mention that we’re also getting two Commander decks as well. They won’t be your usual decks (like Commander decks from Ikoria), but something more like Zendikar Rising Decks.

You can find decklists for Commander Legends decks here.

The prerelease was first set for October 30, 2020. However, due to the global pandemic that was postponed to the dates you can see below:

How Will the Draft Work

Are you wondering how Commander Legends Draft will work? Here’s a quick recap:

For more extensive information, you should check our Commander Legends Draft Guide.

Magus cycle features creatures, which reference other cards – both by name and their casting costs. There are currently four Magi, but the green one is missing, as you can see from this table.

Gavin Verhey, Senior Magic Designer and Writer at Wizards of the Coast confirmed that this cycle will be completed in Commander Legends. So which card do you think the green Magus will reference?

Many players are wondering when the reprint of fetch lands will finally happen. When Wizards announced fetches in Secret Lair, they also said:

Speaking of old favorites, this isn’t the last time you’ll see fetch lands this year, either. While they will not be entering Standard in 2020 (let’s put that rumor to rest right now—having these in abundance still isn’t a play pattern we want in Standard), there will be another way to pick up some stylized versions of fetch lands later this year that will also be in your local game store.

So they won’t be entering Standard in 2020, which means we won’t get them in Zendikar Rising. There aren’t that many MTG products until the end of the year, so one of the guesses was they might appear in Commander Legends.

However, we recently found out that the only dual land cycle in Commander Legends is going to be the completion of Battlebond lands. So no fetch lands here.

So we might see them in the other option – Zendikar Rising Collector Booster (check price on Amazon). In that case Wizards would have to state that those fetches aren’t Standard legal.

That’s all for today. Until next time, have fun and may your favorite character get a new card in Commander Legends!