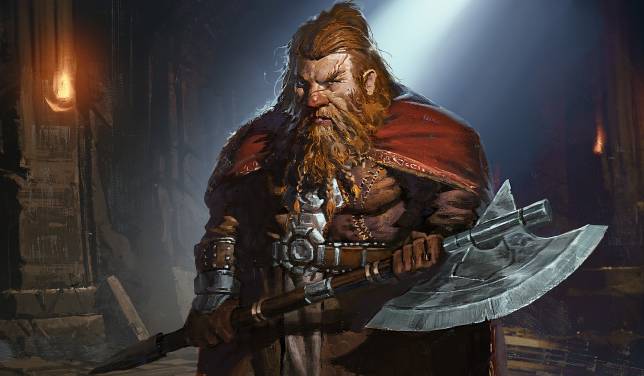 The most aggressive Brawl commander – Torbran, Thane of Red Fell is ready to smash your opponents in no time at all. Deck is fast for grinding gold and has a good Golos matchup. Today we discuss our build of this mono red deck. Before we get into that, here’s the decklist.

You can export it to Arena by clicking the button in the top right corner.

Our main goal is to push as much damage as we can in the early turns and then empower our cheap creatures with Torbran. Even though this deck is aggressive it still has tools to win the long game.

Most of our cards can be roughly sorted in the following groups:

We’ll talk about each of them, including some specific cards. At the end we’ll mention a couple of cards that barely missed the cut.

Going for the Quick Win

We can afford to be aggressive, even though the life totals start at 25. Other decks have a hard time playing creatures like Scorch Spitter because they become useless in the late game. However, this is not the case here, thanks to Torbran. Spitter will be a virtual 3/1, that deals 3 damage when it attacks.

Besides it, the deck plays five more one-cost creatures:

If you’re a newer player you might not know what pingers are. It’s a part of Magic’s jargon. Pinger is a card that can deal one damage multiple times over the course of the game. As mentioned before, pingers have obvious synergies with Torbran, dealing three damage instead of one.

Besides Cavalcade, our Torbran brawl deck includes the following pingers:

Preparing for the Long Game

Sure, we want to win quickly, but that doesn’t always happen. Instead of conceding every time we don’t win before turn six, we’ve included some powerful value cards that will carry us through the late game.

Planeswalkers usually fit the description of a powerful late game card. That’s why we’re playing five of them:

All of them provide some sort of card advantage. Sarkhan synergizes nicely with Torbran. In testing, opponents sometimes forgot about Sarkhan’s passive and attacked. Well, dragon token dealt 3 damage to all attackers and destroyed most of them. They usually concede after something like that.

Chandra, Awakened Inferno is our single most expensive card. (We don’t count Embercleave, since it mostly costs less mana.) It’s very powerful and gives us a lot of options in the late game. Remember that her emblem doesn’t benefit from Torbran. Although Chandra is red, her emblem is colorless and deals just a single point of damage. Even still, she gets the job done quickly.

This powerful enchantment carried Standard mono-red decks, allowing them to win the long game. We hope it will do the same for this Torbran brawl deck. There are plenty of tricks you can do with Frenzy.

One example is to set a stop in your upkeep, if you have an instant on the top of your library. Then you can cast instants before you draw them – because once you draw them, you can’t cast them with Frenzy in play.

Usually the Frenzy should be the last card you play. It’s possible to “draw” three or more cards from it in a single turn. That should be enough to win you the game.

Tectonic Rift is one of those cards that you might have forgotten it exists. It actually has a purpose in this deck. First, it deals with Field of the Dead which is frequently played in popular Golos, Tireless Pilgrim decks. Second, it deals with board stalls. Plenty of creatures in your way? BOOM, here comes the rift.

Even when it doesn’t win you the game, you’ll still set them one turn behind and will be able to push some damage through. Try it out, you might like it.

This Saga has a bunch of text, but we would already want it just for the first chapter. Often you’ll get to steal their best creature and kill them before they get it back. When this happens, it’s like you got a Agent of Treachery for only four mana!

Sometimes it will also clear the way for you to get an easy win. And that’s all this deck wants.

We’re playing a total of 24 lands. You might see mono red decks with less, but we wouldn’t recommend it here. Our curve goes all the way up to five and six drops. We really want to hit our third and fourth land drop, so we can cast our cards – especially Torbran – on time. We’d rather add an additional Mountain, than cut one.

We want to have triple red on turn four and 22 red sources will be plenty enough. Our decklist has two colorless lands:

You can possibly replace one of them (or a Mountain) with Mobilized District, if you’re facing many mass removal spells.

Castle Embereth is basically free in a deck with so many Mountains and provides a real upside. Similar is true with Dwarven Mine. Dwarf can easily attack for 3 once we have our commander in play. Don’t be afraid to play it early, if it doesn’t look like you’ll get to three Mountains soon.

There are plenty of card that are worthy of inclusion. Sadly, we’re limited to a 60-card deck, and we want to keep our curve low. Here is a couple of cards that just barely missed the cut. If you want to include them, go ahead, they are pretty cool.

When there is no Torbran, Dagger Caster becomes a very weak four drop. We don’t want cards that cost four and do so little on their own.

There’s not much bad to say about the Cavalier, except that it costs five mana. We don’t want to have too many expensive cards and prefer hasty Skarrgan Hellkite or two-threats-in-one of Sarkhan The Masterless.

Maybe this is a mistake and we should find some room for the red knight. You can try it out if you want to. Let us know how it goes.

That’s everything about Torbran brawl deck from us. Do you have any recommendations of your own? Or maybe your own decklist? Share it with us and with our readers in the comments bellow.

Want to learn more about Brawl? Check out our Brawl Guide. If this Torbran deck seems too fast for you, try something slower like The Gitrog Monster Deck.

Until next time, have the best day ever and may you always go: one-drop, two-drop, three-drop, Torbran!