Skip to content
Home → Strategy → How to Draft Lutri, the Spellchaser 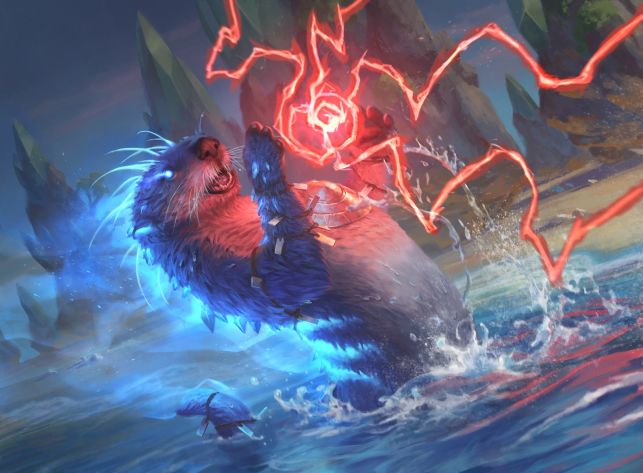 Did you open Lutri in your Ikoria draft and want to build around it? We can help you with that! In this article we talk about how to draft Lutri deck, and discuss when it’s worth it.

Is Drafting Lutri Worth It?

Lutri is certainly worth building around. Not only will you start each game with 8 cards – one of them is guaranteed to be pretty powerful.

That one is Lutri, of course. An extra 3/2 flash creature in hand at all times can already prove very useful. However, once you add a free spell to the mix, the card becomes totally busted.

Lutri has probably the easiest restriction to achieve in draft. You don’t get duplicates that often and even if you do – they are usually not the best cards in your deck anyways.

So it doesn’t really matter when you open Lutri in draft. Yeah, the easiest way to build around is when you open it in your first pack. On the other hand, even if you get it in the last pack, you can still make it work. (If you’re in red or blue, of course.)

As you might know, all companions have hybrid mana costs, which means you don’t have to play both of its colors. However, with Lutri you most often do end up in red-blue, as most spells-matter cards are found in these colors. That works nicely with Lutri’s ability and you really want to take advantage of it.

So you want to maximize Lutri’s ability. That means you want to play lots of instants and sorceries that work well with copying. A prime example is certainly Cathartic Reunion.

You discard two cards, then copy the spell with Lutri. When you do so, you don’t have to pay additional costs, so no more discard. So all in all, you discarded two cards and drew six! Pretty good deal.

Some other efficient spells to copy:

There are many great targets for Lutri’s ability. Even something like Tentative Connection can become a game ending spell, if you’re playing a more aggressive Lutri deck. Steal two blockers and attack with them? Yes, please.

One thing we should probably mention is how to correctly copy a spell with Lutri. (If you’re a more experienced player, feel free to skip this section.)

On MTG Arena, whenever you cast an instant or sorcery and have enough mana to also cast Lutri, you’ll automatically hold priority. Now if you want to copy the spell, you have to play Lutri and select the spell on the stack before it resolves.

When playing in paper you have to declare that you’re holding priority when you cast the spell you want to copy. Then you cast Lutri and copy the spell, while it’s on the stack.

This one is quite obvious, as it says so on the card. If you’re worried that your average card quality will go down because of this, you can always lean on cycling cards.

Something like Startling Development is always playable, and it it’s not different in a Lutri deck. Most of the time – like 95% – you’ll just cycle it away. But when you do use it, it can provide quite a blowout.

Here’s an example of one such scenario. Your opponent is attacking into your 1/1 blocker and five open mana. You can make your token into a 4/4, in response cast Lutri, copy a spell and make Lutri a 4/4. This way you got two big blockers out of nowhere.

If you’re missing playables you can also play off-color cards that cycle for one mana, like Imposing Vantasaur.

Here’s how an average Lutri deck should look like. It’s just a fine red-blue deck with some nice instant and sorceries. As you can see, we have Cathartic Reunion for maximum value. Copying a rare card like Mythos of Illuna with Lutri is also a backbreaking play.

All in all, the deck is fine on its own, but with Lutri it becomes significantly stronger.

Here’s a quick recap on how to draft a Lutri deck:

As Bob Ross would say: “It’s that easy.”

And drafting with Lutri truly isn’t too hard. That’s why this article is a bit on the shorter side. However, there’s plenty more Ikoria draft advice available. Just take a look at our Ikoria Draft Guide.

Don’t want to miss another strategy article, that will help you win more? Give us a follow on Facebook or Instagram. You’ll get daily news, Magic spoilers, alerts for great daily deals on Arena and more.

Until next time, enjoy life and copy something amazing with Lutri!