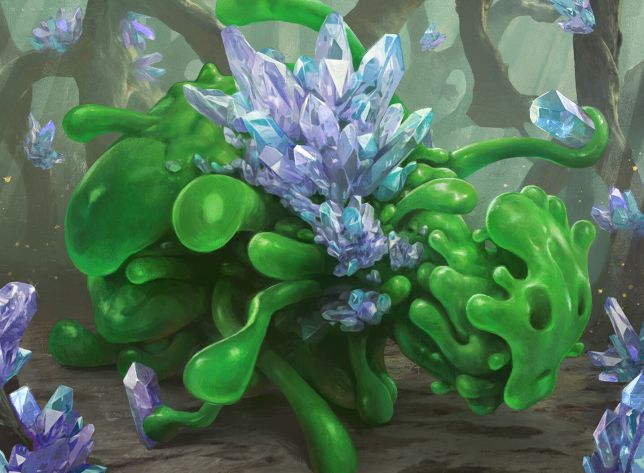 So you opened Umori in Ikoria draft. You might be wondering how to build around it and if it’s even worth it. We can help you with all that – with this Umori draft guide.

Is Drafting Umori Worth It?

Yes drafting and building around Umori is worth it, if you get in in first pack. You’ll start every game with and additional card (quite powerful one) if you decide to play only creatures.

Creatures are already the backbone of most draft decks, so supporting Umori shouldn’t be too hard. Cost reduction ability will often come handy, allowing you to play big creature a turn early, or just playing two creatures in one turn.

Don’t thing you need to be a black-green deck necessarily, hybrid mana will give you a lot of options to chose from. Usually you do want to be in black, though. It has some of the best removal creatures in the set. What are those? Well, let’s get right to it.

Even though you can only play creatures in your deck, that doesn’t mean you won’t have any removal. Just in color black you have some creatures that can act as a removal spells:

These creatures are very important in an Umori draft deck. Of course, Dirge Bat is hard to get, but you should manage to acquire other creatures on this list.

Creatures with deathtouch are also great. Not only can they trade with anything, they become insane once you get Porcuparrot. Deathtouch makes 1 damage lethal, so putting a Porcuparrot on an Insatiable Hemophage gives it ability – tap: destroy target creature.

In blue you’ll get cards like Pouncing Shoreshark and Frost Lynx. If you’re lucky you can even get a Voracious Greatshark, which provides a whole new dimension to your deck.

You want to take advantage of Umori’s cost reduction ability. That’s why you want some big creatures in there. You mostly want them to have cycling, so think cards like Greater Sandwurm and Void Beckoner.

Six-cost creatures like Archipelagore and Honey Mammoth can also be useful, since they come down just a turn after Umori, and provide some form of stabilization.

On the other hand, you shouldn’t forget your early plays. Because we’re playing only creatures, we don’t have that much interaction that can bring us back into the game.

That’s why you should try to play enough two-drops. Humble Naturalist is especially great, since it can ramp us into Umori on turn 3. Boot Nipper is also nice, but if you’re missing two drops, Durable Coilbug will do in a pinch.

Okay, let’s take a look at how an Umori deck could look like.

This is almost an example of almost perfect Umori deck. Even though we can only play creatures, we have a ton of removal spells, and we got lucky with getting a card like Kogla, the Titan Ape.

We have a light red splash, which unlocks two Porcuparrots. There are three cards in this deck that can have or give deathtouch, so those will be great. All in all, this is a truly great Umori deck, even without the rare ape, it should preform nicely.

Try to aim for something like this when drafting Umori.

That’s all about drafting with Umori. Our Ikoria Draft Guide can help you with your usual Ikoria drafts.

We’d like to invite you to our community on Facebook or Instagram. You’ll find plenty of useful posts. For example, reminders about Daily Deals on Arena (like 500 free Gold) or new Arena Codes. Speaking of which, you can find all currently available Arena codes here.

Until next time, have a great time and take advantage of Umori’s cost reduction to its fullest.

2 thoughts on “How to Draft Umori, the Collector”