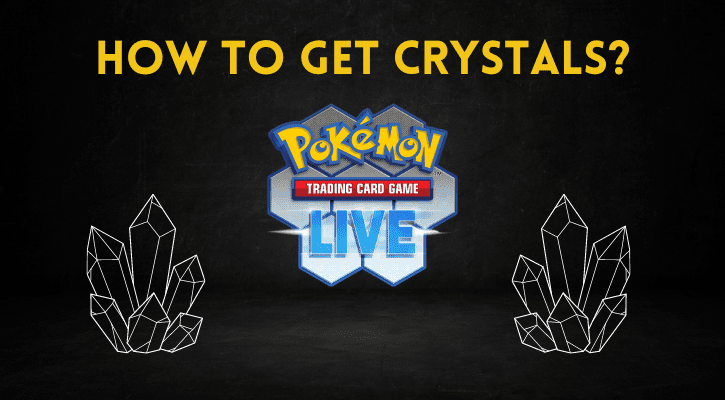 So, you started playing Pokemon TCG Live, and you’ve run out of Crystals. You can’t buy new new packs, so now you’re wondering how to get Crystals in Pokemon TCG Live. There are multiple ways you can get them, and in this article we’ll tell you all about them.

There are three main ways of obtaining Crystals in Pokemon TCG Live, You can get them by:

Let’s take a look at each of those a bit more closely.

Each day, you get a daily quest. If you complete it, you get a reward, which might include Crystals. Daily quests used to give you 40 Crystals, but that was changed in September 2022. Nowadays, the reward is 60 Crystals per daily quest.

Note that not every daily quest necessarily includes Crystals. However, when it does contain Crystals, you’ll always get 60 of them.

However, that’s still a bit counterproductive, since you’re paying 800 Crystal for premium pass. While you do get a lot of other stuff, if you solely want to generate more Crystals, the Battle Pass isn’t the best way to do so.

The third and the final, main way to get Crystals in Pokemon TCG Live is to level up. We’re not talking about the Battle Pass here. (It has ranks, not levels.) Instead, we mean your level, which can also be increased.

When doing so, you’ll also earn various rewards, and Crystals will be among them.

You might have noticed, that we’ve talked about the three main ways of obtaining Crystals. Does this mean that there are other ways of getting Crystals? Yes, it does. However, it’s a one time thing, and it doesn’t apply to everyone, so we didn’t include it before.

There isn’t a fixed amount of Crystals that you’d receive per single unopened item. Instead, you’ll get Crystals depending on how many unopened items you have total. You can see the distribution in the table below.

If you’re close to the next threshold, it might be worth it to buy the missing items in Pokemon TCGO before you migrate the account.

For example, let’s say you have 48 unopened items. This would net you 1,125 Crystals. However, you could buy two more boosters, so you’d fall into the next category. This way you’d get 2,350 Crystal total, which is a significant improvement.

Hopefully, now you know how to get Crystals in Pokemon TCG Live. If you have any questions or comments about this topic, leave a comment below. Furthermore, if you’d like more Pokemon TCG content, you can check the following articles:

Until next time, have fun, and may you earn a lot of Crystals!