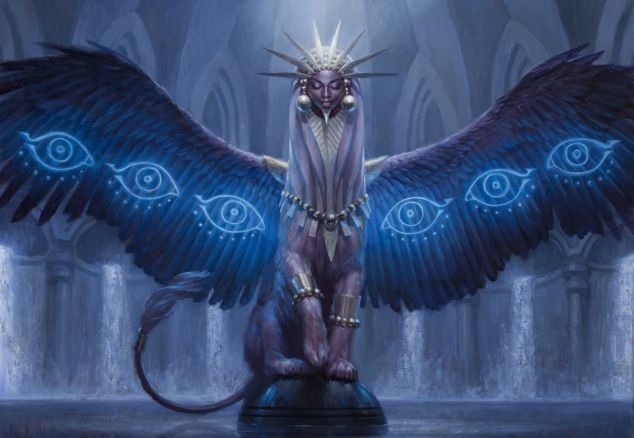 With the release of the new Core 2020 set (M20, for short) comes the release of a new limited format. If the recent success of the newly implemented play-design team at Wizards continues to create interesting and stimulating draft formats, there should be a lot of excitement to be had with M20 draft.

Winning requires preparation before the draft, knowing what to expect during the draft, and the ability to reflect on the draft after a match. We’ll discuss each element to give you the best odds of coming out on top.

UPDATE: If you’re looking forward to drafting the newest set, you should read our Dominaria United Draft Guide.

Being successful at draft starts before you set foot in the store.

Before you crack the seal of your first pack, or pay your MTG Arena / MTGO draft entry fee, you should have an understanding of what you’re getting yourself into. Looking through the M20 spoilers is a good start. However it isn’t that valuable if you don’t know what you’re looking for.

Let’s put it this way: you can still read the cards during the draft. So you should rather spend more time to understand the bigger picture.

Before the draft, you’ll want to have an understanding of the themes presented for limited within the set. The themes M20 are seen in the five 3-color wedges shown below.

The archetypes above are listed with their primary 2 color combination as the first two colors listed. The color in parentheses is a sort of secondary option where that theme appears, but isn’t the primary part of that strategy.

For example, flying is a synergistic theme across all of Jeskai (White, Blue, and Red), but is more heavily emphasized in White and Blue, with Red still having cards to support that plan.

Knowing that these tri-color themes exist, and which colors they exist in, is a good start to winning at M20 drafts.

In general, most players should and will draft a 2-color deck, with a potential 3rd color to splash for something especially strong. Depending on the 2-colors you find yourself in, you’ll want to be aware of the themes and synergies that you should be keeping an eye out for.

Prep can only take you so far before you have to open packs and pick cards. Every draft will be unique, but we can still remember some fundamental lessons of drafts.

Most core sets have a pretty flat power level. That means that the cards across the set don’t have a wide variance of how good they are and most of them are close picks in terms of power. Of course, every set has it’s exceptional bombs, but M20 is a flatter sort of power level than it’s recent predecessor War of the Spark. It’s likely that your best cards in your deck won’t be as flashy as some other sets might allow.

If you get a bomb, do your best to play that bomb. Simple.

The standout bombs in this set would be most mythic rares, including the 5 Cavaliers and some of the mythic rarity Planeswalkers. For example, Sorin, Imperious Bloodlord is not great since there are just 5 non-rare vampires in M20. Only Vampire of the Dire Moon and Bloodthirsty Aerialist are good. Barony Vampire, Blood Burglar and Epicure of Blood are not ideal cards for this set.

There are plenty of rare bombs to keep an eye out for that qualify swerving your way into that lane if you see them early, including most of the triple-color cycle and some other single card duel threat/engines.

These rares are worth taking if they’re in your colors, even if they might be expensive. And in the case of the bottom two, they’re worth trying to find any way to play them.

There can be temptation to really want to string together a cohesive gameplan that synergizes well at the cost of taking a plain-and-simple good card.

For example, you might be drafting a green deck that cares about having a larger number of creatures on the board (perhaps with a card like Overcome) and find yourself choosing between Ferocious Pup and Centaur Courser .

They cost the same, but the Pup gives you a 2nd body that can have synergy with other cards. Whereas the Courser is just more total stats all in one body. Which do you take?

I’m taking the Courser since it’s better on a very basic power level. It’s a 3/3 instead of essentially a 2/3. (Synergies be damned! At least this time..)

Unless the synergy is really that strong, you’ll want to prioritize the raw power. Because that synergy won’t actually happen as often as you might think.

There’s nowhere to arbitrarily draw the line for synergy vs. raw power, but decisions like this are fun to make. In the long run they will help you win more. They also give you the ability to reflect on the choice after the matches play out, which we’ll talk about in the, “after the draft” section where we reflect on the draft.

Another thing about ‘picking the good cards’ is that during the matches you end up playing a lot of attrition. My creature trades with yours, you kill mine, I kill yours; and we end up mostly even.

Ultimately, there are not a lot of 2-for-1 and other value making opportunities to be had in flat power level drafts. Because of the nature of the format, you want to draft the highest average power level you can get. If your cards are just a slightly higher power level than your opponents, then on average, you’re going to win the war of attrition more often and ultimately the game.

Lesson 3: Be Aware of What is Not Getting Picked

A staple of draft strategy is to really pay attention to picks 2-5 from each pack, since those packs have all been parsed and picked over by 1-4 people sitting right beside you. The remaining cards in those packs are ones they passed over, and if you can find a strong card that should’ve already been chosen it could symbolize a color they aren’t picking.

In M20 some strong signals for open colors come in the form of the Gold cards and the strongest commons in the set.

There are 10 uncommon gold cards in the set that emphasize the strategies the 3-color themes from above represent in the draft. Seeing these cards passed to you can symbolize a color you might want to jump into.

While all 10 gold cards are standout picks, and my current top 5 are listed below. I like these 5 best since they generate some sort of engine or advantage for you with little other investment. Even if some’s combination of colors are not the best at times.

Apart from the gold cards, you’ll want to keep an eye out for the most powerful commons in each color. My top 2 commons from each color to watch for are:

In general, I tend to believe that White is the weakest color in the set. The other 4 colors all seem like a head above the power of white, so if you can avoid getting into white unless you have to, you’ll be better off. It doesn’t mean it’s bad, and it doesn’t mean it can’t be good. It just means I think you’ll have to fight harder to match the power level of opponents not playing white. If I had to play white, I’d want to pair it with Blue or Green, in that order.

As for the other colors, I find that Black may be slightly behind the Temur (Blue, Red, Green). I would still be totally happy to play Black. It just seems like the more aggressive and elusive colors of Temur have the ability to actually grind later into the game. Pair this with their aggression and power and you have a really good deck. I’ve found I’ve been happy with decks in Temur colors.

Consequently these are my tiers for ranking colors in M20 draft:

If you’re playing in Best of 3 draft matches, then you’ll be playing more post-board games than pre-board. There are a lot of really great sideboard options in M20 draft. You’ll want to pick some during the draft. This way you’ll have plenty of choices during sideboarding, which is always a good thing.

Here are some of the primary sideboard options:

Oh, and there’s always the trick of fake sideboarding if you don’t have anything to board in. One land in and one land out, just in case your opponent cares to notice. Mind games get to be a thing, right? But you have to grab an extra land when you’re building your deck and it really doesn’t do much on Arena.

After the draft you should reflect on the draft and matches you played. This will help you win more in M20 draft and you’ll also grow as a player.

You should recognize and remember moments where you maybe picked Card-A over Card-B during the draft portion, but it was a close call. When that happens, it gives you the opportunity to notice and reflect on how that decision played out. Hopefully it’s in more ‘feels-good’ ways than ‘feels-bad’, but either way you get to learn.

Another instance to reflect on is when you encounter moments where you had any kinds of ‘dead’ cards in your hand, or a moment where any card except ‘card-you-drew’ would have been better, make a mental note of that card. There’s a chance that the card isn’t as good as you might have thought when you chose it.

The instances of this tend to be cards that might be ‘too cute’ for what you needed, usually as some kind of non-creature that was synergistic to only a few cards in a strong way, but they never came together. Shucks. But we need honesty with ourselves as players to reflect on if it would have been better as a 2/2, or whatever your next best card you cut was.

Additionally, make a mental note if you find yourself sideboarding in a card often. Perhaps you should have had it in all along, depending on how situational the card is. I don’t think it’s insane to main-board a card like Plummet if you have a gaping hole in how you deal with flying creatures. Sure, you could not play it and lose to any real flying threat, or you could play it and have 1 possibly dead card during a game.

Another way to reflect on your M20 draft is to hand your pile of cards to a friend and see if they come out with the exact same deck you built. This works better with Sealed pools, but if they differ on 1 or 2 cards, it gives you a chance to see if you agree and discuss it. (These kinds of strategy and decision discussions are some of my favorite parts of magic.)

There’s a lot to learn at every draft, especially one still this new in its lifecycle. Regardless of whether you win or lose, it’s important to remember that you always learn and you can always have fun.

We’re just trying to avoid that whole ‘losing’ thing along the way.

Oh, and if you like the world wide website called twitter, I do, too. I post my less formal takes on there. Although I’m not one for fights, I do enjoy the witty banter. You can find me at @jw_chief. If you have any questions, about M20 draft, feel free to tweet them at me.