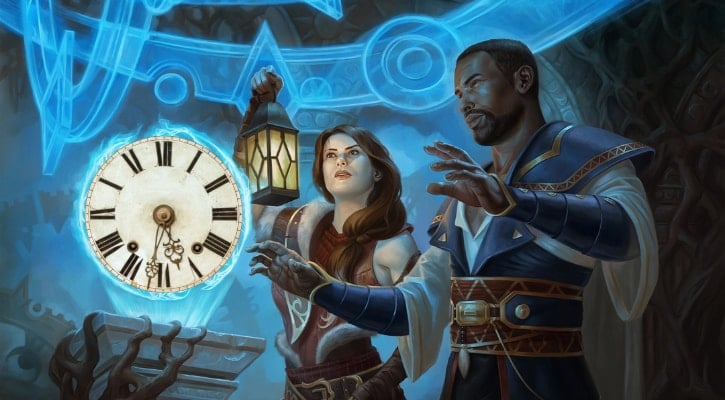 Maintenance will start on September, 16th at approximately 8 a.m. PT (15:00 UTC). It’s supposed to take around four hours — or a bit more, if there are some problems with the update. Sometimes we even get lucky, and we get the set released early. You can find more about the update below.

You can also check the approximate time of Innistrad: Midnight Hunt release, based on your time zone, in the following table:

Update might be problematic (the last few had their share of problems), so if Arena doesn’t start as expected, make sure to check Wizards Customer Support’s Twitter for more info. They usually tweet once the maintenance starts, and once it is finished. There you’ll also find out about any potential delays.

Note, that you can also check MTG Arena Status Page. Game, Matches, and Logins systems all have to be operational before you can run Arena without problems. This time around, there’s no downtime expected, but you’ll have to restart the client to get the Midnight Hunt patch.

If you can’t wait for Midnight Hunt release, here are some fun things to check meanwhile. It is a hunt after all, and not sleep at home and be bored.

Will you draft this set? Then you should definitely read our Midnight Hunt Draft Guide. You’ll quickly find out everything you need to know about the format, which will help you win more games and earn more Packs and Gems.

You can also check Midnight Hunt full spoilers here. There are plenty of amazing cards there. If you want to try them in decks, you can find new Midnight Hunt Standard decklists here.

If these aren’t that exciting to you, and you only play MTG on Arena, you’ll be happy to learn about this next thing.

As always, you can expect a new code for 3 free Midnight Hunt booster packs. You’ll be able to find it and all other MTG Arena codes here. The code will be available once the maintenance is completed.

Once Midnight Hunt goes live on Arena, you’ll be able to draft it in a Premier or Traditional Draft. At the start of the format, there will also be a Traditional Sealed and Best-of-one Sealed options. For Quick Draft, you’ll have to wait a couple of weeks.

If you were looking forward to the Early Access Streamer Event, you’re out of luck. The event was cancelled with Strixhaven, and it doesn’t look like it’s coming back any time soon. So, you’ll be able to watch your favorite streamers play Midnight Hunt after the update goes live for everyone.

That’s all about the Midnight Hunt release time on Arena. Hopefully, the wait won’t be too long. Finally, if you don’t want to miss more strategy content, Magic news, new Arena codes and MTG memes, follow us on Instagram or Facebook.