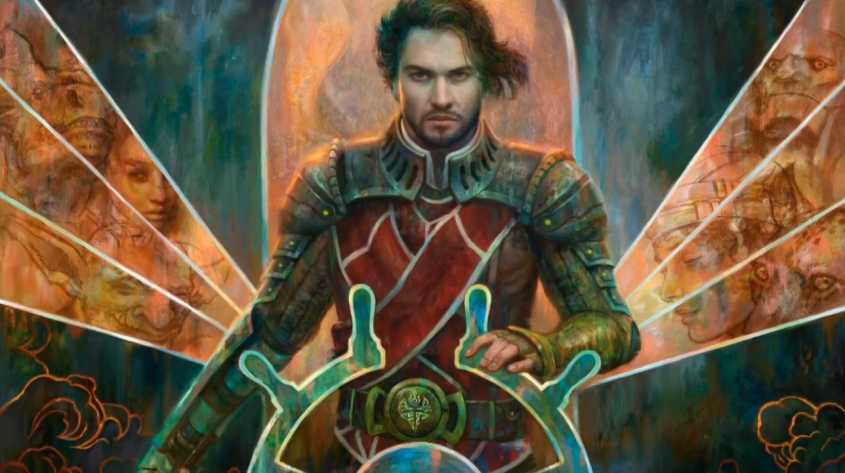 The newest and possibly the best Commander Set is releasing soon. Last year the deck were somewhat mediocre. That’s why this year Wizards said they won’t hold back. MTG Commander 2019 could very well be the best EDH set in history of the game!

We already know the themes and colors of each deck, as well as lead commanders. You can find all of them and their themes bellow.

You can already preorder Commander 2019 decks at Amazon. If you’re in doubt which one to get check the commander bellow. Some of them already have their upgrade articles available – others will get them in the upcoming days.

UPDATE: There are new Commander decks! Read all about Commander 2020 here.

Do you like tokens? Well, so does Ghired. It comes into play and gets you a big Rhino. So he can start making copies of him. However, this is not the only token he can copy.

Even though it looks like Ghired was exiled from Selesyna – maybe he was to rad – Ghired still has a good friend there. Grove of the Guardian that is. Smash your opponents with big 8/8 tree. If that’s not good enough for you, then take a look at Dark Depths.

Be sure to get your Ghired if you want lots of big tokens. MTG Commander 2019 looks great if other cards are half as exciting as this one.

If you didn’t play four years ago, you maybe don’t know the mechanic Morph. This is a mechanic that some permanents have. You can cast any creature with it face-down, for 3 mana as a 2/2 creature. This way your opponents don’t know what you have. And with Kadena, you can cast the first one for free! Also, you draw a card. That’s some crazy value.

At any time you can cast an instant you can pay its Morph cost and turn the creature face-up. Your opponents can’t even respond to it. They often come with extra abilities. Such as Rattleclaw Mystic or Kheru Spellsnatcher. You can really get them with this one.

If you like playing sneaky creatures and making other players unsure about their plans, you can get the deck here.

Theme: Flashback (casting instant and sorcery spells from your graveyard)

Did someone discard your instant? Maybe you milled it? Or you just want to cast it again? All of this is possible with flashback spells. And Sevinne enables you to cast them twice. You could even Think Twice twice. And just how many copies of a spell will you get if you also cast Increasing Vengeance. It’s going to be insane.

Would you like to copy some spells with Sevinne? Get your deck here.

Second Commander: Elsha of the Inifinite

Theme: Madness (this ability allows you to cast cards when you discard them for their madness cost, which is usually cheaper)

Anje is best friends with Falkenrath Gorger if you like mad vampires. Casting your Vampires on your oppoenent’s turn and drawing a card for your “troubles”? Sign me in!

Cards like Call to the Netherworld also work really well with Anje. For zero(!) mana, you get to draw a card and return a creature to your hand. Pretty cool, huh?

Are you ready to rage? This awesome vampire is available here.

Back to Command Zone

You might want to read about possible upgrades for your deck. Once the decklists will be released, we’ll present to best missing card to you, including the budget friendly options. Make sure you won’t miss them and follow us on Facebook or Instagram.

Want more spoilers? Check the first look at upcoming Throne of Eldraine. Along with it comes Standard rotation and you can learn more about it here.

We hope that now you’ll be able to pick the right MTG Commander 2019 deck for you. Let us know which one is your favorite in the comments bellow. Until next time, may your opening hand always contain a Sol Ring.