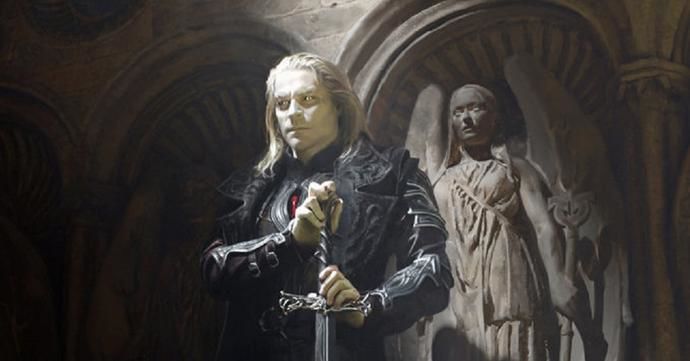 It’s challenging to figure out the MTG Mulligan. Nobody likes to have a bad starting hand in Magic, because it means you have to shuffle up your deck again, and draw a new hand with one less card.

But the “London Mulligan” is changing that.

The London Mulligan was added to the game in July 12, 2019 with the release of Core Set 2020. Because of this change we need to reevaluate our perspective on which hands to keep and which ones to shuffle back.

What is the “London Mulligan”?

The “London Mulligan” is the new mulligan rule that debuted at Mythic Championship London – a professional level Modern tournament.

This new mulligan rule allows you to draw 7 cards each time you mulligan, and then put 1 card back on the bottom of your library for each time you’ve mulliganed.

In general, this is an improvement to your mulligan hands overall. Since you’re able to see more cards when you mulligan, and then sculpt your hand from those 7 choices each time.

Due to the changes of this mulligan rule, and the fact that it makes your mulligan hands better on average, we need to reevaluate which hands we’re willing to throw away. We’ll discuss some tips for mulligans, and evaluate how this new mulligan rule affects them.

Unfortunately (although actually, fortunately), there is no hard and fast rule for when to mulligan. It’s one of the most important decisions you make in every game of Magic, and many players make the mistake of not taking a mulligan when they should. We’re going to try to help you make better mulligans.

On a very broad level, we’re looking for hands with 3 to 4 lands, and spells we can play that help us execute our gameplan. When we don’t get that mix of playable lands/spells, we’re considering a mulligan. The ‘execute our gameplan’ is a very important piece that is far less black-and-white than other characteristics of a starting hand.

We’re going to be referring to a current aggro deck in M20 standard; Vampires. I believe Vampires is one of the best decks right now, and since it’s an aggressive deck it needs to be very particular about it’s opening hand of cards. Lessons you’ll learn here can also be applicable to other decks in MTG, although is naturally suited in Aggro decks.

We’re going to be using the decklist from Marcio Carvalho from the Magic Pro League, because his was my favorite list from the last week.

We’re going to play a little game of “Mulligan, or no?”. A little mini-game every magic player gets to play at the start of every game, where if you choose wrong, you might just lose the game because of it. Very high stakes, I know.

I’ll tell you what I’m thinking when I draw my opening hand. Understanding the thought process here is more important than the final results. Even if you take a mulligan and it doesn’t work out well, it could still have been the correct decision. Understanding the process and why we make these calls can help you to make your own good decisions with other decks.

How Does the Deck Work?

Before we throw the first hand at you, in case you’re not familiar with how this particular deck works let me give you a 3 sentence primer to Vampires in M20 Standard.

We’ll be looking at different scenarios that might change our decisions of whether to keep a hand or not. We’ll usually assume that we don’t know the opponents’ deck; both on the play and on the draw.

First off, this hand probably looks better than it is. It doesn’t have a creature we can play on turn 1, since our white source comes into play tapped. Also, we can’t necessarily play both Skymarcher Aspirant and Adanto Vanguard on turn 3; since we don’t have double white.

In a blind matchup, on the play, I’d keep this hand; although I wouldn’t love it. Sometimes two Adanto Vanguards are enough to win a game on their own, and when coupled with a removal spell it only makes that scenario easier. On top of that, we already have the mana to play almost everything we draw.

On the draw, I think I’d toss this hand back and take a look at a new 7 (thanks, London!). It doesn’t play aggressively enough to take that aggressive angle since we’re playing second. Playing aggressively on the draw is hard as is, and this hand doesn’t help it.

The plus side of the hand is that it does have Cast Down to help clear a problematic blocker on turn 4, after we’ve deployed at least 2 creatures. But if we draw white creatures or Swamps; those are all pretty bad additions to this hand on the draw. I’d prefer to see a 3+ mana card I know can help me turn the corner.

Alright, let’s take a look at another hand.

This hand does have the mana to play aggressively for the first two turns. But it has a very reasonable chance of falling on it’s face after that. Any non-Swamp non-white-creature draw is a blank until further notice. If our top card is a black source, it’s great. If our top 3 cards are any combination of black creatures, removal spells, gold cards, or Plains; we’re likely going to lose.

On the play, this hand is too risky for me. There are just so few cards we can draw that we like that aren’t black sources. If we draw a Swamp, of course, it’s great. But if we draw any Plains or black card (about 25 total), it’s really bad. And drawing Legion’s Landing and Skymarcher Aspirant isn’t particularly appealing either, which makes Adanto Vanguard or a black source the only good draws.

If this hand finds a black source in time to play Sorin, Imperious Bloodlord on curve, it’s really solid. Because of that, I’d probably keep this on the draw; although I might end up kicking myself for it. The additional draw step makes all the difference to me in this decision, and the power of Sorin makes it a keep for me.

For numbers, the deck has 15 black sources, and I’d feel good enough about having three draw steps to find one (About 29% each draw). And if we miss on the first three, I don’t think we necessarily lose if we find it on the fourth draw. With that said, I would absolutely not blame anyone for shipping this hand back in all scenarios. It’s a tough call.

This hand looks pretty good, and I’d be inclined to keep in most scenarios. It has good mana, it can play its early drops, and it has some removal as backup.

The hand is far from perfect though, and it does have some things I don’t like about it. Having two removal spells is okay, as long as we get to play them. If we find ourselves in a control matchup, we’re probably just going to lose since our creatures are not good enough alone to win.

Additionally, if our first few draws are lands, more removal, or more 1-drop creatures (aside from Knight of the Ebon Legion, which is overpowered), we’re going to have a pretty lack-luster start to the game.

In general, this hand is a nice start and I’m keeping it. If we find one of our 11 cards that cost 3+ that we can curve into (sorry Mortify); then we’re going to very happy Magic players.

For me, this hand is entirely dependent on if I’m first or second. If I’m playing first, I’m tossing this hand back, and if I’m playing second I’m keeping it.

On the play, I want to have aggression and some kind of curve of creatures to play. This hand doesn’t present any aggression with Legion’s Landing, and the rest of the hand might just be dead for the foreseeable future depending on our draws and our opponents deck. Using Cast Down on their creature and attacking for 1 is just not where I want to be.

On the draw though, I’m keeping this hand. On the draw I expect to have to play more reactively than on the play, until I can ‘turn the corner’ and present a really powerful turn that puts me ahead of my opponent. That turn is pretty clearly going to be turn 5 and 6 when we can likely land a Champion of Dusk and draw some more fuel. Cast Down is a great tool for us to help get us to turn 5 to have that opportunity.

With the adoption of the new London mulligan, we can more liberally ship inadequate hands back for a new look at 7 cards. We can sculpt a new 6-card hand with tools to help us win the game. So while you should be mulliganing more, on average, your starting hands will also be better.

Mulligans are as important of a decision as they have ever been.

Oh, and if you like that world wide website called Twitter, I tweet out all sorts of magic related decklists and thoughts over at @jw_chief. Of course, feel free to let me know if you a different opinion on any of the 4 hands and why.

Hopefully now you know when to take a MTG mulligan. If you want to get even better at MTG check the following articles:

Be sure to never miss an article and a chance to improve – follow us on Instagram or Facebook. You’ll get fresh news, strategy articles and even Magic memes right there.