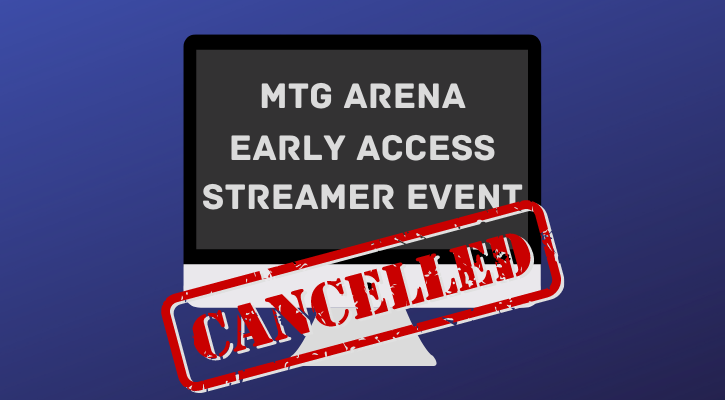 If you were looking forward to seeing your favorite streamers battle and explore new decks in the Strixhaven Streamer Access Event on MTG Arena, we have some bad news for you. Wizards of the Coast discontinued all Early Access Events from Strixhaven forward.

There was no official announcement about Early Access Events ending so far. Instead Wizards sent an email to the members of the MTG Arena Content Creator Program.

Popular MTG streamer Noxious shared a part of it on his Twitter:

As you can see from the mail above, Wizards didn’t provide much explanation as to why they’ve decided to discontinue this event.

We’re speculating that it might probably be one of the two things.

First one might be that they simply don’t have enough time to code everything properly, and that an extra day actually helps polish the last details. With the Covid situation, and lots of people have to work from home, that might be entirely plausible.

Even at the Kaldheim release there was a significant bug with Glittering Frost, where it froze the game if you manually used the land. Well, at least it wasn’t a flavor fail.

Second option might be that they don’t want the metagame to get solved to quickly, as it might affect their sales. At the Zendikar Rising Early Access Event, it quickly became obvious that the very best thing to do is to build around Omnath Locus of Creation.

So players know which deck (or two decks) are the best. Players are therefore less likely to explore new decks, they’ll probably just build the new best ones.

This means they need to open less packs and just craft the cards they need for this one deck. Even players who want to explore new options suffer from this, as they mostly face the new best deck even though the set just released. The excitement about the new set quickly turns into a disappointment.

So Wizards might get to extend the exploration portion of the metagame with the removal of the Early Access Event. Even if only for a little bit.

What do you thing about this event being gone? Let us know in the comments below.

Even though the Early Access is cancelled you can still expect new Strixhaven decklists from us on the release date, so make sure to check back then.

Until then you might want to check some of the following articles: