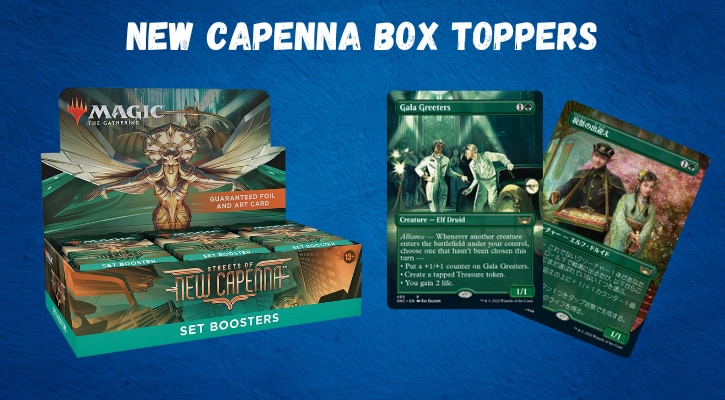 Good news everyone! The rewards for buying a whole MTG booster box are returning with Streets of New Capenna Box Toppers. In today’s article, we’ll discuss all about them, and answering questions, such as:

What are the New Capenna Box Toppers?

New Capenna Box Toppers are rewards for buying a whole booster box of New Capenna edition. These are special cards with alternate art and foil treatment, which come in a single-card booster pack. Each New Capenna booster box comes with such a pack.

Toppers in the past were usually various rares and mythic rares from the set with an alternate art. They can even be connected to another franchise or lore. One such example would be Dracula cards, which were the Box Toppers from Crimson Vow.

However, the New Capenna Box Toppers come with a twist. There’s only one card that you can get an it’s Gala Greeters. Here’s the regular version of the card, one that you can get in regular booster packs.

But the Box Toppers isn’t just one promo card. Boxes from different languages come with different versions of Gala Greeters. Let’s take a look at them.

There are eleven different New Capenna Box Toppers, and you can find all of them below:

Where to Get New Capenna Box Toppers?

You’ll get a Box Topper with any kind of New Capenna booster box, as you can see from the table below:

Which ones you’ll want to get mostly depends on what you want to get out of it. You should pick:

As you might’ve noticed, there’s just one Box Topper per box. This is different from Crimson Vow, where the Collector booster box had two Toppers. All of this is based on Amazon listing, so while there is a tiny chance that something changes, it isn’t very likely.

That’s all about Box Toppers from Streets of New Capenna. Which one is your favorite? Let us know in the comments below.

In case you want to know more about New Capenna, check the following articles:

Until next time, have fun, and may you get that one card your really want in your next Box Topper. 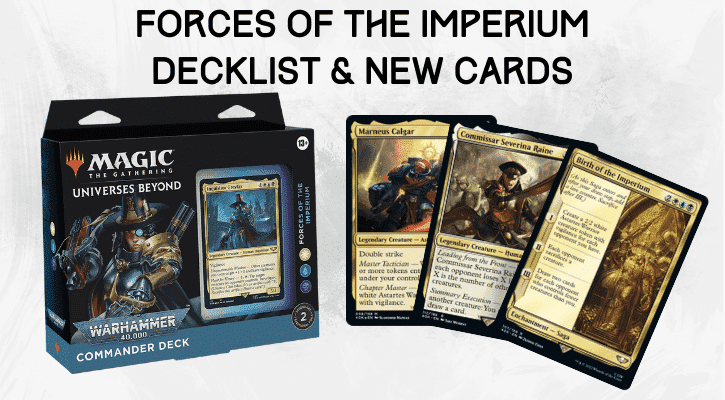