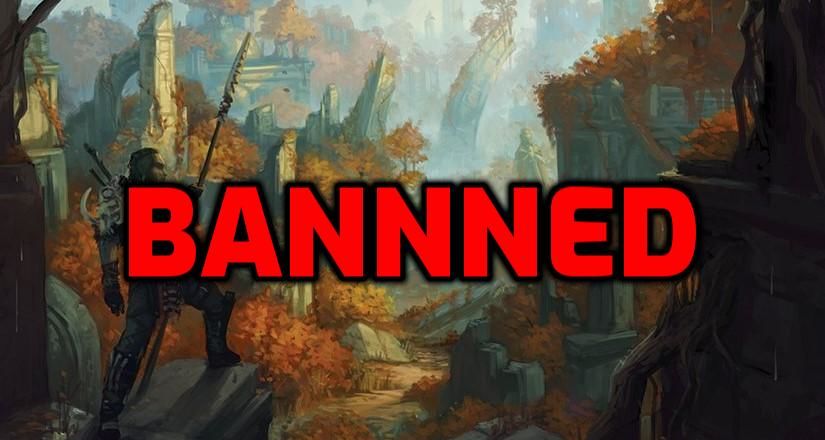 On August 3rd, 2020 Wizards of the Coast announced big changes to the Standard format, with 4 bans that came out of nowhere. Not only did they decide to make changes to just Standard, but they touched on Historic, Pioneer and Brawl as well.

Let’s take a look at what those bannings are.

The following cards were banned in Standard:

Ian Duke, a developer in Magic R&D elaborated on all of these changes. First, he mentioned that this big banning was so quick as an experiment.

As you might know because of the global pandemic, Wizards temporarily stopped In-Store play. As a result most of the Magic nowadays is played online, on MTG Arena. You can easily play more matches in one day, than you would in paper otherwise. That’s why the best decks being so oppressive is very problematic, and demands a quick change.

Bans are effective immediately – both in Arena and in Paper.

Both Wilderness Reclamation and Growth Spiral were banned because they were very prevalent in the best decks.

As Ian Duke stated, Growth Spiral was played in 68% of all decks at the Players Tours Finals. It’s numbers were lower on Mythic ladder, but still pretty high with 25-30%.

Wilderness Reclamation, was less played with 54% at the Players Tours Final and around 15% of the Mythic ladder on Arena.

Teferi was considered for many of the previous bannings. He limited the possible interaction, created repetitive play patterns and made some early creatures completely unplayable. However, his saving point was that he kept Wilderness Reclamation decks somewhat in check.

So now that Reclamation is gone, Wizards decided that it’s time for Standard metagame to go on without this three mana planeswalker.

According to Wizards data (and you probably noticed it yourself too), Black-Red(-Green) Sacrifice decks also had a high win rate for a long time.

Decks took advantage of Cauldron Familiar + Witch’s Oven combo. They were very good against most midrange and aggressive creature decks. Further, the decks also created some problems on Arena. You surely remember how long it takes for someone to sacrifice the cat, sac the food, get the cat back, especially if there are other triggers happening as well.

This play patter could repeat for a whole year until the next Standard Rotation. As a result, Wizards decided to ban Cauldron Familiar, to get more metagame diversity and more fun gameplay environment.

In Historic two cards were suspended:

Teferi, Time Raveler is now banned in Brawl, as one of the most played commander (with metagame share over 10%). He also created similar problems than in Standard.

You get them immediately after you login in Arena and the following screen should appear:

You can find the official ban announcement here. More info to follow.

Looking for new decks to try after new Standard bans? If so, you can find Core 2021 decks here, some of these decks are still playable, even after the bans, and might get even better as a result.

If you’re a Brawl player here are eleven Core 2021 Brawl decks, and just one of them contains a banned card (Teferi in Niambi, Esteemed Speaker deck). You can easily replace that one as well.

In case you just want to turn your eyes towards the newest set, check Zendikar Rising Spoilers here.