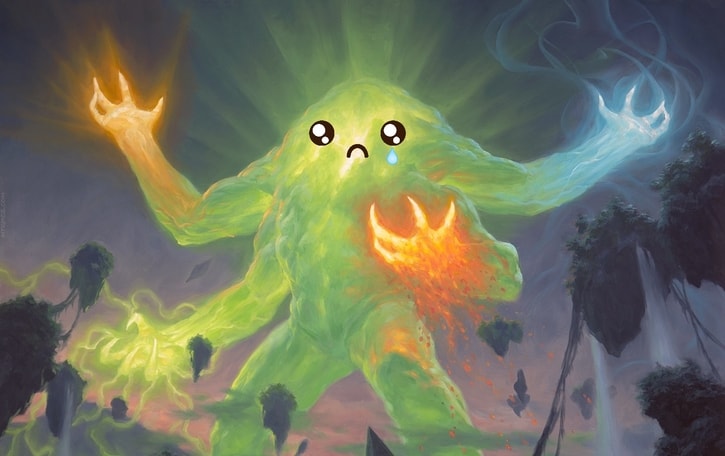 Omnath, Locus of Creation and a couple of other cards proved to be too strong for Standard. Wizards had to make some changes to keep the format diverse. They did so in their Banned & Restricted Announcment.

The following three cards are now banned in Standard:

To address for its dominance, Omnath was banned.

Lucky Clover might come as a surprise to some, but it was a strong card nevertheless. It made cards that were already two-for-ones into three-for-ones, that couldn’t be countered.

Based on the data that Wizards had, it became clear that Adventures would take the Tier 0 position in the new metagame without a sweat. To prevent that, Clover was banned.

Escape to the Wilds

Finally, Escape to the Wilds had to go so there will be less ramp decks, as they have been the strongest option in Standard for a very long time. This card allowed ramp decks to refill easily, while still ramping. It was a big problem especially when paired with Lotus Cobra.

Cards in Historic don’t get banned immediately. First they get suspended and in the next announcement they either get banned or they get unsuspended.

So here’s what happened in Historic:

Omnath, Locus of Creation is also banned in Brawl. It was by far the most played Commander with the highest win rate. As Wizards particularly value diversity in Brawl, Omnath had to go.

It looks like the metagame is in a better place right now. If you had any cards in your Arena Collection banned, you’ll receive appropriate wildcards, when you log in.

If you don’t know what to play, you can find new Standard decklists to play after Omnath ban here.

What do you think about the bans? Let us know in the comments below.