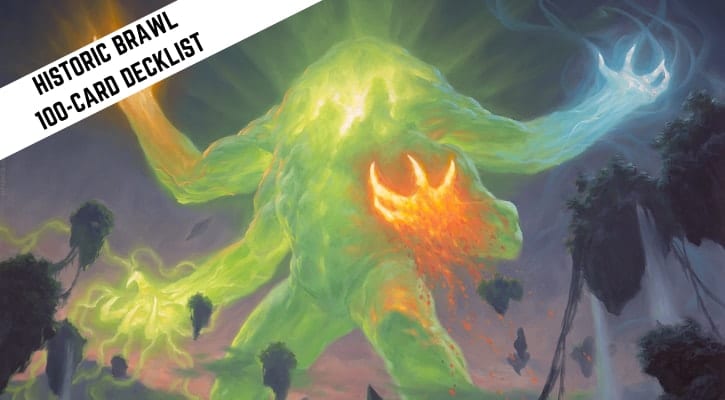 This is a 100-card Histroic Brawl decklist, which uses Omnath, Locus of Creation as commander. Since Omnath cares very much about multiple lands entering the battlefield in the same turn, the whole deck is built around that.

You have cards that let you play multiple lands in a turn, such as Wayward Swordtooth and Azusa, Lost But Seeking. Another great way to get more lands is with ramp spells. Cultivate and Grow from the Ashes are both great, and you have multiples of this effect in your deck.

Omnath isn’t your only reward for getting tons of lands. Of course, you get more mana, which means you can play more cards in a single turn, but you also have other payoffs such as Felidar Retreat and Tatyova, Benthic Druid.

Anyway, if you’re looking for a cool ramp deck in 100-card Historic Brawl, you should definitely give Omnath, Locus of Creation a spin.