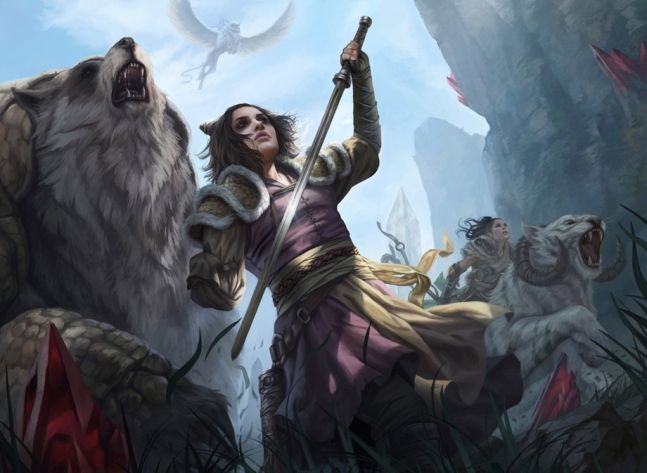 Red-White (Boros) Winota is a deck known for its extreme burst potential. One turn you have a couple of small creatures, the next you are swinging for lethal.

Winota, Joiner of Forces based decks were extremely popular in Standard until the main payoff (Agent of Treachery) was banned. It was even powerful in Historic, and Winota was banned due to being too oppressive of a strategy.

If you like killing opponents out of nowhere and swinging with tons of creatures, this deck can do both.