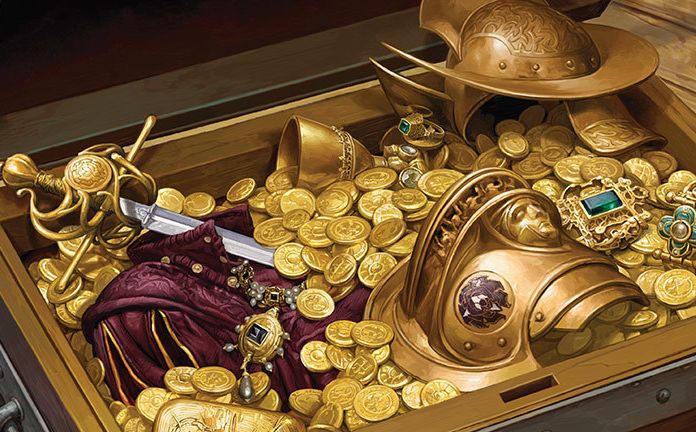 Would you like to earn some actual money, while playing on MTG Arena? That’s now possible with the newest tournament coming to MTGA – The Arena Open.

This new Arena feature is what we’ll talk about today. You’ll find out:

What is The Arena Open?

The Arena Open is a two day tournament, held entirely on the MTG Arena client. MTG Arena’s official Twitter account announced it on May 18, 2020:

You might have played in some other tournaments like Redbull Untapped, where you had to use Discord and MTG Melee site. This won’t be needed here, which makes The Arena Open pretty easy to enter. The only thing you’ll need is either 20,000 Gold or 4,000 Gems.

The tournament will happen for the first time at the end of May 2020, but if it proves to be a success, you can probably expect more similar tournaments in the future.

Players must be at least 18 years old in order to participate in the event. A list of eligible countries will be posted later today in Wizards’ State of the Game article.

You can enter into the first day event as many times as you want (of course, you’ll pay the entry fee each time). The first entry also grants you 5 Godzilla basic lands. So if you wanted to get them, this is a great way to do so. You can read more about MTG Godzilla cards here.

If you manage to reach seven wins, before you lose three games, you get a Day 2 Token, which grants you entry for the second day of competition.

I played the following decklist in Day 1 of the Arena Open to a 7-2 finish, which was enough to advance to Day 2. It’s a bit better against aggressive decks (compared to regular Lukka decks), while still being perfectly fine in the mirror.

The changes to the deck are from Cho Jaeseok.

Second day of the Arena Open uses best-of-three Standard format, instead of best-of-one from day 1. You can enter the event only once, so no need to try and hoard tokens from Day 1.

As you can see from the table bellow, you’ll need to win six games for $1,000 and seven games for $2,000. If you lose two games on your way there, you’re out. However, you could still earn some Gems.

Should You Play in The Arena Open?

The Arena Open truly looks like a great tournament for competitive players. You can play in a high stakes tournament from the comfort of your home, without using anything else then Arena client.

It’s also great for anyone who already wanted to buy Godzilla basic lands. Players who bought Nyx basic lands, had to pay 15,000 Gold. So for an extra 5,000 Gold, you get to play in a pretty sweet tournament with some real prizes.

However, if you’re a more casual player, who doesn’t care about basic lands, you might want to stay away from this event, because the entry fee is pretty high and you don’t earn any rewards until your third win.

That’s all about Arena’s newest tournament. What do you think about it? Will you try to win it? Tell us in the comments bellow.

Until next time, may you reach 7 wins on Day 2 without a sweat.