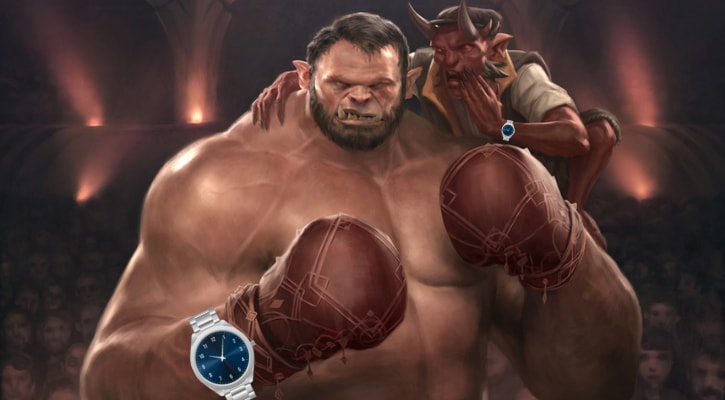 Maintenance starts on April 28th, at around 8 a.m. PT (15:00 UTC). Wizards’ Customer Support stated that it’s supposed to take around three hours. However, with recent releases, the set was live very quickly after the maintenance began (although with some minor problems).

With that information, let’s count down to the official New Capenna Arena release:

Additionally, you can also check the approximate time of Streets of New Capenna release, based on your time zone, in the following table:

IMPORTANT NOTICE: One important thing to note here is that this is the official schedule. What happened with the latest releases was that the new set was playable on Arena almost immediately after the scheduled maintenance. If this will be the case this time around, it would mean that we’d get the set around three hours earlier than the timer above would suggest.

As we mentioned, there might be some problems with the update – that’s more likely immediately after the maintenance starts. In that case, if MTGA doesn’t run as expected, you can check Wizards Customer Support’s Twitter for more info. They usually tweet when the maintenance starts, and once it is finished.

Furthermore, you can also check MTG Arena Status Page. Game, Matches, and Logins systems must all be operational before you can run Arena without smoothly. As we mentioned, you might be able to run Arena soon after the update, but the game often lags in the first hours.

While no downtime is expected, you’ll have to restart the client to get the New Capenna patch.

You might’ve seen some streamers play New Capenna even before the release. That’s because the Early Access Event has returned. This means that on April 26 – 27 starting at 8 AM PT, you’ll be able to watch your favorite MTG streamers play the new set on Twitch, before it officially becomes available.

Are you bored while you’re waiting for New Capenna release on Arena? You can check the following articles to pass the time, and perhaps get yourself more experienced with the new set.

First up, you can find all New Capenna spoilers here. There you’ll find every new card, alongside some useful information about the set.

Are you perhaps a Commander fan? In that case, you’ll probably enjoy the fact that there are five New Capenna Commander decks, one for each family. These are pretty exciting and balanced to play against one another.

Will you draft this set? In that case, you’ll want to read our New Capenna Draft Guide, in order to win more games.

As always, you can expect a new code, which will give you 3 free New Capenna booster packs. You’ll be able to find it, alongside all other MTG Arena codes here. The new code will be available once the maintenance is completed.

While you wait, you might as well explore the mechanics of New Capenna and what they do. Each mechanic got its own article (with rules, examples and commonly asked questions), so check out the ones you’re interested in:

Some of these are pretty straightforward, while the others can be quite tricky. By reading about them, you’ll make sure that you won’t make any unnecessary blunders in your first New Capenna games on MTG Arena.

Once Neon Dynasty goes live on Arena, you’ll be able to draft it. Both in a Premier (best of one) or Traditional Draft (best of three). If you only play Quick Draft, you’ll have to wait a couple of weeks.

For the fans of the sealed format, you’ll be able to enjoy both Traditional Sealed and Best-of-one Sealed for a shorter period of time.

The new format Explorer will also be released with this update. That’s a format that uses all cards on Arena that are legal in Pioneer. The idea is that eventually, Explorer will simply become Pioneer, once all relevant cards will get added to Arena.

That’s all about the New Capenna release time on Arena. Let’s hope that we won’t have to wait too long. And last but least, if you don’t want to miss new Arena codes or our draft guides, you can follow us on Instagram or Facebook.