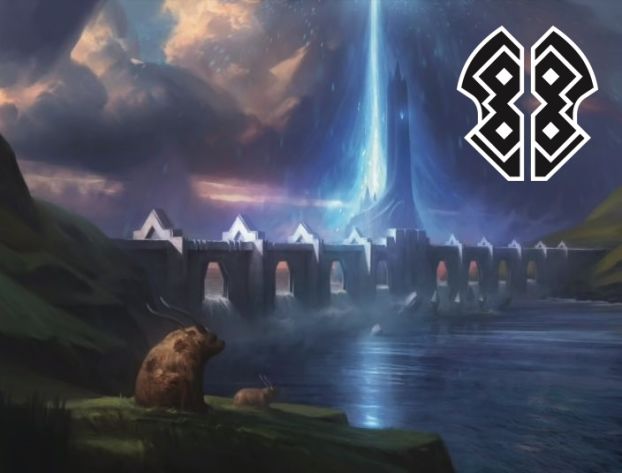 We’re going back to Zendikar in September 2020. Fans of Commander, there’s not just a regular set you should be excited about. We’re also getting two Zendikar Rising Commander Decks!

So that’s exactly what we’ll talk about today. We’ll discuss all information we have about those decks – including new spoilers, great reprints and full decklists.

Gavin Verhey, Senior Magic Designer and Writer at Wizards of the Coast has confirmed that Zendikar Rising Commander Decks will be different from the ones we’re used to.

Usually, each Commander decks features around 17 new cards. They include over-sized cards, all packed in a big box. There are usually four or five of them and they play well against one another. The last such release was with Ikoria Commander decks.

This time, there are some changes:

So what were the reasons for this changes? First things first, this isn’t really a change to the Commander product, it’s more of an additional thing.

We’re still getting the big Commander decks once per year. However this product is made with new players in mind.

Imagine that you’re a new player and you want to start playing Commander. If you missed the release of the previous Commander decks by six months, your store might very well be sold out. You now have to wait another six months to get your hands on a new deck.

That’s why there is an additional Commander release. It features fewer new cards, but the decks should serve well as a starting point for beginners who want to start with Commander.

In this way they kinda replace Planeswalker Decks for Zendikar Rising, as an introductory product. A lot of new players nowadays start with Commander very early on. However, the deck will contain more exciting cards than the Planeswalker Decks.

With all that said, let’s check the new cards, great reprints and full decklists.

If you just want to check some good reprints, before delving into the decklist, here are some sweet ones:

Here’s the decklist for the first Zendikar Rising Commander deck. If some card don’t appear, that’s because they are from Zendikar Rising, but they’ll be added to the database soon.

So this deck has a land theme. Given that Zendikar Rising features landfall that wouldn’t come as a very big surprise. Furthermore, if you’re interested in this theme, you can also check this article about Landfall in Commander.

Want to improve this deck? Our Land’s Wrath Upgrade Guide can help you.

Once again, let’s first check the sweet reprints, before we take a look at the full decklist.

Sneak Attack’s main Commander is a new take on Anowon, the Ruin Sage.

This deck feature Rouges that try to attack past opponent’s defenses to get some value in one way or another.

Want to improve this deck? Our Sneak Attack Upgrade Guide can help you with that.

Don’t forget that the decks are already available for preorder on Amazon.

As you’re probably a fan of Commander, here’s some other articles that might interest you:

That’s all for today. Until next time, have a great time and enjoy your Zendikar Rising Commander deck, if you decide to get one.