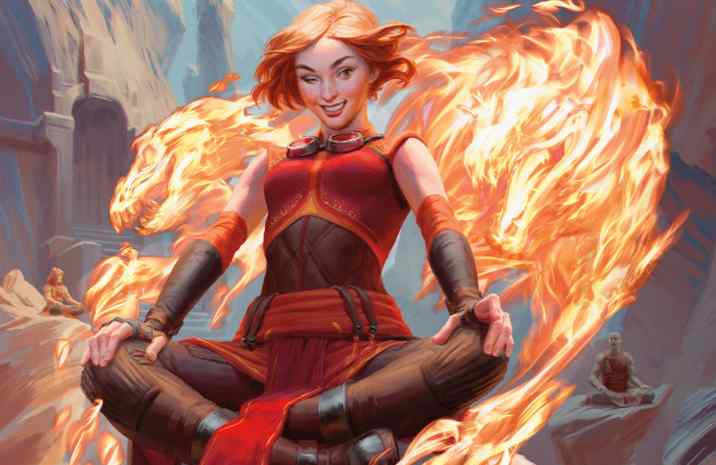 So you bought the red Challenger Deck and now you want to make it better. Our Cavalcade Charge Upgrade Guide is here to help you.

We’re upgrading all four of Challenger Decks of 2020. For each of them there will be a budget upgrade and a full upgrade. You can then decide which one will work best with your collection.

Calvacade Charge is actually a pretty good budget deck already. If you want to stay on budget, you don’t want to abandon the Cavalcade of Calamity plan. Consequently, there comes a whole package of one-powered creatures that you must have. Chandra, Acolyte of Flame also works well with it so, we’re not removing her.

You can experiment with Grim Initiate over Tin Street Dodger, as there might be some matchups where it is better. For example if your opponent is playing tons of removal and you want some staying power.

You should add a fourth Castle Embereth – either swap or for a Mountain or a Rimrock Knight. Honestly, that’s pretty much it – as far as the main deck is concerned.

There are, however, plenty of changes that can be done to the Sideboard.

Satyr’s Cunning should be removed in favor of Anax, Hardened in the Forge. He gives you protection against mass removal (like Shatter the Sky). The Satyr tokens work well with Cavalcade. You probably want a full playset – removing a copy of Experimental Frenzy will give you enough space for the fourth one.

With Anax being so good, you can expect him to show up in the mirror matches. That’s why you want an access to Lava Coil. It exiles Anax, and leaves them with zero tokens. All three copies of Slaying Fire and one Tibalt, Rakish Instigator will have to go to make room for Lava Coils.

With these changes – all of them being pretty budget friendly, we’ve come to something like this:

The changes are minor, but if you’re playing Best-of-Three, you’ll see some improvement in post-sideboard games.

Your best bet for full upgrade is just to copy Seth Manfield’s decklist. He played it at the Magic World Championship and took third place with it. Let’s take a look at the decklist first and then talk about the differences between Cavalcade Charge and Manfield’s list.

As you can see, Seth doesn’t like the Cavalcade plan. This way he doesn’t need to play weak one-powered creatures like Tin Street Dodger. Instead he plays creatures that are powerful on their own, such as Robber of the Rich.

Besides Robin Hood, there’s also enough space for Anax, Hardened in the Forge in the main deck now. Anax works beautifully with Embercleave. Seth played three copies of this powerful equipment. This combination of cards often enables turn 4 kills, even through an opposing blocker.

If you want to learn the ins and outs of the deck, you should watch some matches from World Championship. (mono red deck in action around 2:15:00)

With this upgrades Cavalcade Charge has somewhat unfit name. Nevertheless, now it becomes a true Tier 1 deck – you can easily expect it to win even the biggest Standard tournaments.

That’s all about Cavalcade Charge Upgrade. Your deck should start picking up wins anytime now! If you’re planning on upgrading the deck yourself, you might want to read our Deckbuilding Guide.

If you don’t have Cavalcade Charge deck yet, you can order one on Amazon. Not sure if this red deck is the one for you? You can check other Challenger Decks of 2020 here.

Until next time, may you always top deck Embercleave right when you need it.