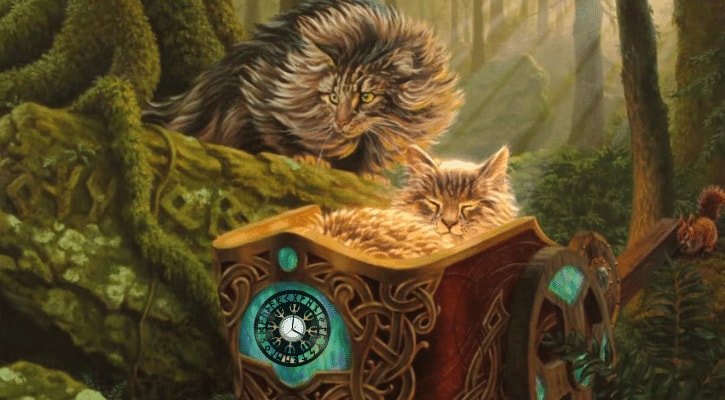 Maintenance will start on January 28th at approximately 8 a.m. PT (16:00 UTC). It is expected to take around three hours – or a bit more, if something goes wrong. You can find more about the update below.

UPDATE: If you’re looking for the information about the newest release, you can check when does Midnight Hunt release on Arena.

If we take into account that information, here’s the countdown to Kaldheim release:

You can also check the approximate time of Kaldheim release, depending on your time zone, in the following table.

If you want to be in the loop, you should definitely pay attention to the official Arena’s Twitter account. It’ll tweet once the maintenance starts, and once it is finished. They’ll also let you know about any possible delays.

During the downtime you can also take a look at MTG Arena Status Page. Game, Matches and Logins systems all have to be operational before you can run Arena without problems.

What’s Coming to Arena with Kaldheim?

Kaldheim update brings a lot of new stuff to Arena. Here’s the recap of everything that’s coming your way.

You’ll be able to draft Kaldheim in a Premier or Traditional Draft. There will also be a Sealed option. Additionally, you can find more upcoming events in the Arena Event Schedule.

If you’ll start drafting immediately, you should take a look at our Kaldheim Draft Guide, which will prepare you for the new format.

A new code will be available for a three Kaldheim booster packs. You’ll be able to find Kaldheim code here along with all the previous ones. It should be available once maintenance is complete and if you’ve updated your client.

Arena is Coming to Mobile

Also, MTG Arena is finally getting Mobile Access. If you have a supported Android device you’ll be able to play Kaldheim on your mobile. That’s why we created a list of best phones for playing MTG Arena on.

You can preorder Kaldheim packs and special pet, until the maintenance starts. So that’s three hours before release. That’s also the last time when you can finish your quests, since they then restart, and you get new ones (including weekly quests).

While you’re waiting for Kaldheim to release you might want to read some MTG articles. Here are a few suggestions for you.

First you can get ready and find out as much about the new set as you can. You can do so by checking the Kaldheim Spoiler page.

For fans of MTG art we created lists of Kaldheim Basic Snow Lands, Kaldheim Tokens and Kaldheim Viking Showcase cards. There you’ll find cards with amazing art, plus some additional information, like where to get them.

Kaldheim brings us 4 old and 2 new mechanics. In these articles we explained some rules and interactions about the following mechanics:

You can also take a look at new products that Kaldheim brought us.

That’s all about Kaldheim release time on MTG Arena. So how will you spend the last hours while you wait? Let us know in the comments below.

If you don’t want to miss more Magic news, or if you just want to laugh at some Magic memes, give us a follow on Facebook or Instagram.

Until next time, have fun and enjoy the new set!

1 thought on “When Does Kaldheim Release on Arena?”