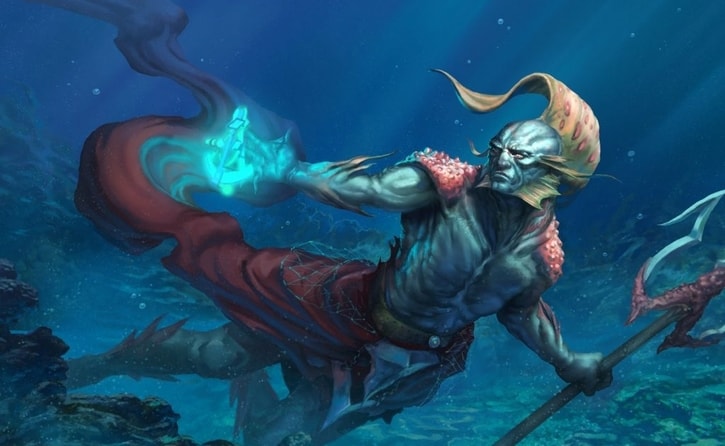 Want to learn more about the Partner mechanic? That’s great, as today I’ll talk about everything you need to know about it, including:

A Brief History of the Partner Mechanic

2016 was a memorable year for Commander players. In addition to Commander staples that were printed into Standard sets (like General Tazri, Emrakul, the Promised End, Panharmonicon, and Aetherflux Reservoir to name a few) – 2016 brought us one of the most unique Commander precons up to that point and even since.

Among other things, those precons each had 3 Commanders with a new mechanic: Partner.

There were 15 original Partner Commanders. They were:

Many of these cards depict beloved characters from Magic’s past. They were exciting for new and old players alike. Each one offered something new for players to brew around.

In addition to simply making cool commanders, Partner was also an unprecedented mechanic. Since the dawn of time, Commander players could only ever play with a single Commander in the Command Zone. Now, with the help of the Partner mechanic, players could have up to two legendary creatures with as many as four colors between them to lead their EDH decks. Commander would never be the same again.

These partner Commanders filled a lot of empty holes that the Commander format needed. Before Commander 2016, the only way to build a four-color Commander deck was to get permission from your play group to build a deck around one of the Nephilim from original Ravnica.

People immediately began brewing. With all these new Commander combinations, there were millions of decks that could be made. As people tinkered with more combinations, certain partner combinations began to stick out above the others as being more powerful.

Even today, Thrasios, Vial Smasher, Tymna, and Bruse Tarl, combined with each other or another partner rule over casual and competitive metas alike.

Unfortunately, they also created a lot of problems. Having a lot of Commanders in more colors has the effect of homogenizing the format. In other words, decks start to look the same as each other.

For example, lets say that before Commander 2016 was released, you played an Anafenza, the Foremost +1/+1 counters-themed Commander deck. After the Partners were printed, would there be a good reason to not switch that deck’s Commander to Reyhan, Last of the Abzan + Ishai, Ojutai Dragonspeaker? They would let you play basically the same deck, but with an added bonus: Now you can add blue.

The same would be true if you had a Sydri, Galvanic Genius artifacts-themed deck before Partners were printed. After you saw Silas Renn, Seeker Adept and Akiri, Line-Slinger, there would be strong motivation to switch out your Commander and add red to that deck. In fact, you would risk making your deck worse by not playing Partners instead of other Commanders.

In addition to problems that arose in the meta, legendary creatures with Partner are very difficult to design. If Wizards had wanted to make more, they would have to balance each new partner with every single one printed before. If they didn’t, the would risk breaking the whole format.

So Wizards of the Coast came up with a clever solution. In Battlebond, and later in Commander 2020, they released Commanders with a mechanic called Partners With. Similar to the original Partner mechanic, this allows two legendary creatures to be your Commanders. The twist, though, is that each card says specifically which creature they are allowed to partner with.

Here’s a great example of creatures with Partners With:

As you can see, your options are to run Okaun or Zndrsplt by themselves in mono-color decks, or keep them together in an Izzet deck. It seems to me that the choice is clear what most people would do.

Due to the fact that Wizards has moved away from the Partner mechanic and moved more toward Partners With, everyone was surprised by their announcement earlier this year. At the end of 2020 there will be a set called Commander Legends. This set is designed to be a draftable set where players build Commander decks. This by itself would be exciting, but there is even more to it. They announced the return of Partner.

Wizards told us that Commander Legends would include 41 new legendary creatures with Partner. Almost all of them are mono-color, but they still have similar pros and cons as the old Partners.

At the time of writing this article, there are 1037 legendary creatures in Magic the Gathering. Almost all of them can be Commanders. When Commander Legends is released, there will be a total of 56 creatures with the Partner mechanic. This means that there will be 1540 possible partner pairings. With one set we are going to more than double the number of possible commanders in the game.

I think that everyone can agree that having more commanders is a good thing. It opens up the possibility for diversity and creativity that the Commander format thrives on.

We can reasonably expect there to be dozens of familiar faces from Magic’s story. This too is a positive, because so many players love getting to play their favorite characters in a game of Commander.

It is so exciting to think about having all of these options to build decks around in the very near future.

The Bad, and (Maybe) the Ugly

One thing that makes me very nervous about this set is how risky it is to have that many new Partners. It is hard to believe that Wizards of the Coast is certain that all of the combinations are balanced.

Without a doubt, one or more combination will stand out above the others, probably in a degenerate way. This risk bodes unwell for the health of Commander in general. We have seen in recent years that Wizards is willing and able to print overpowered cards that make a format unfun for a period of time. This would be a sad thing to happen in Commander.

But overall, I am excited for Commander Legends, even though it could potentially mean negative consequences for the format as a whole. We’ll just have to find out in November what actually ends up happening.

Anyways that’s all about the partner mechanic. What do you think about it? Do you love it? Hate it? Let me know in the comments below.

Can’t get enough of Commander? Here are some other great articles for you to check:

Until next time, have fun and may you have lots of fun with the new partners.